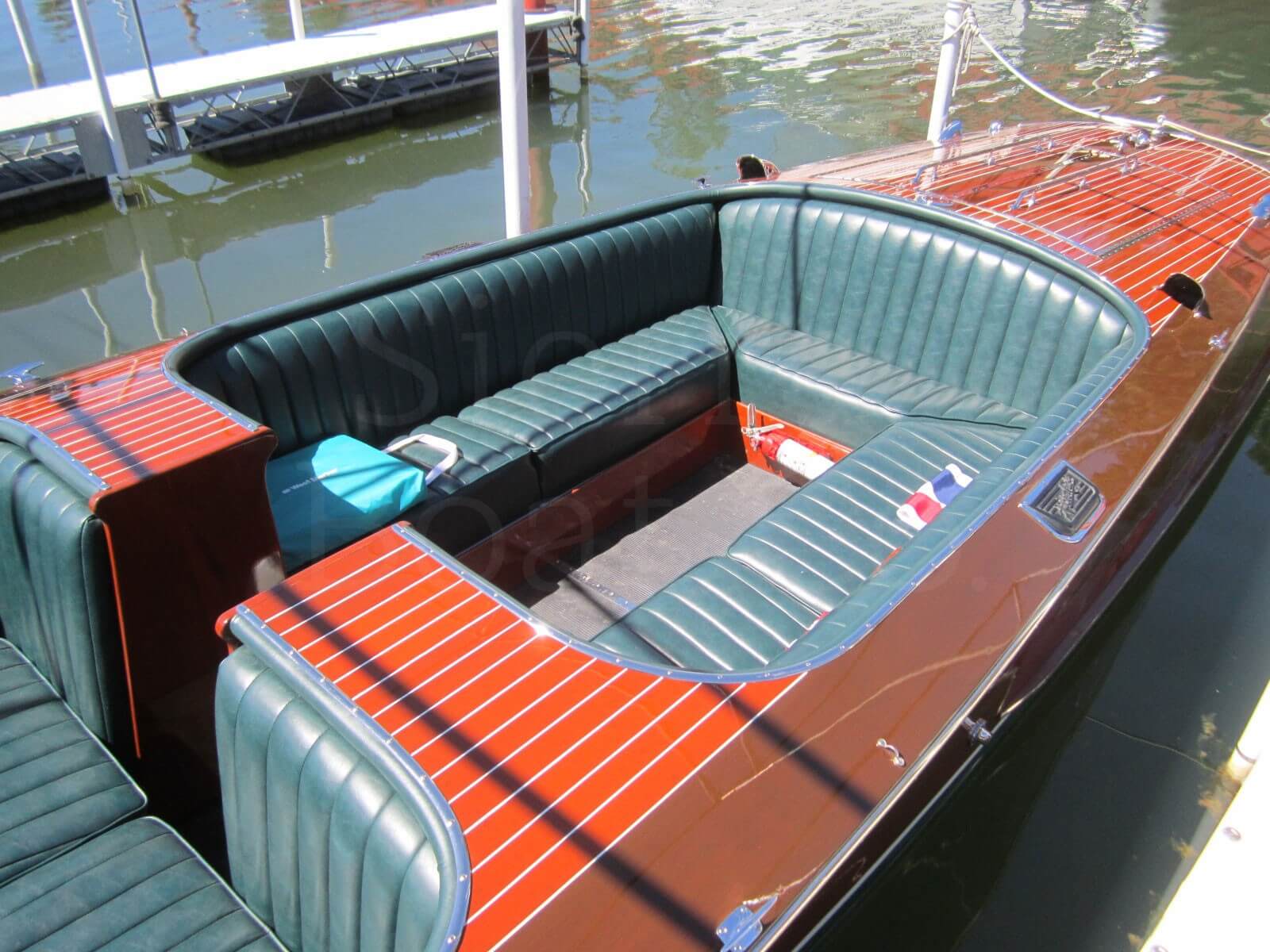 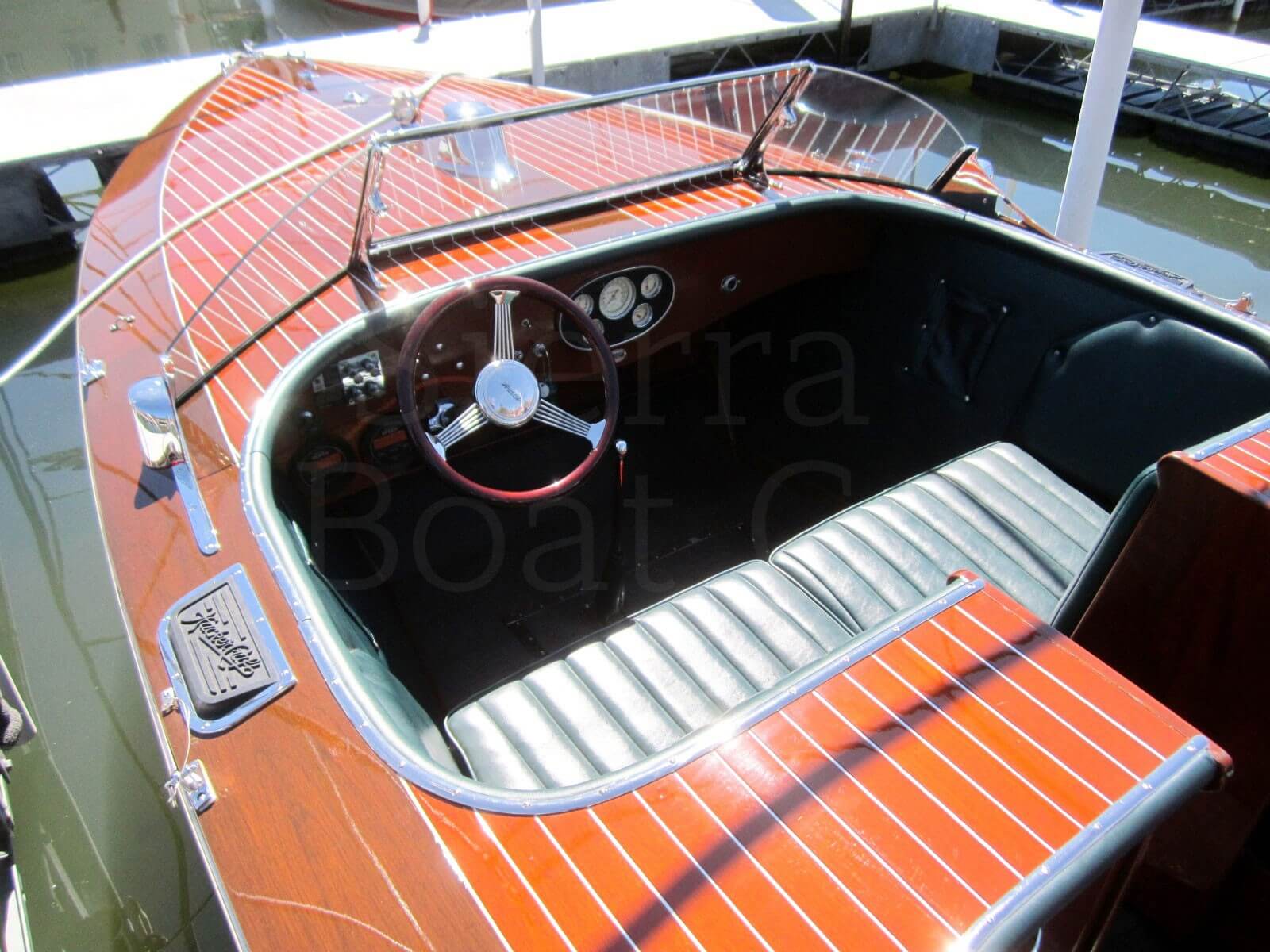 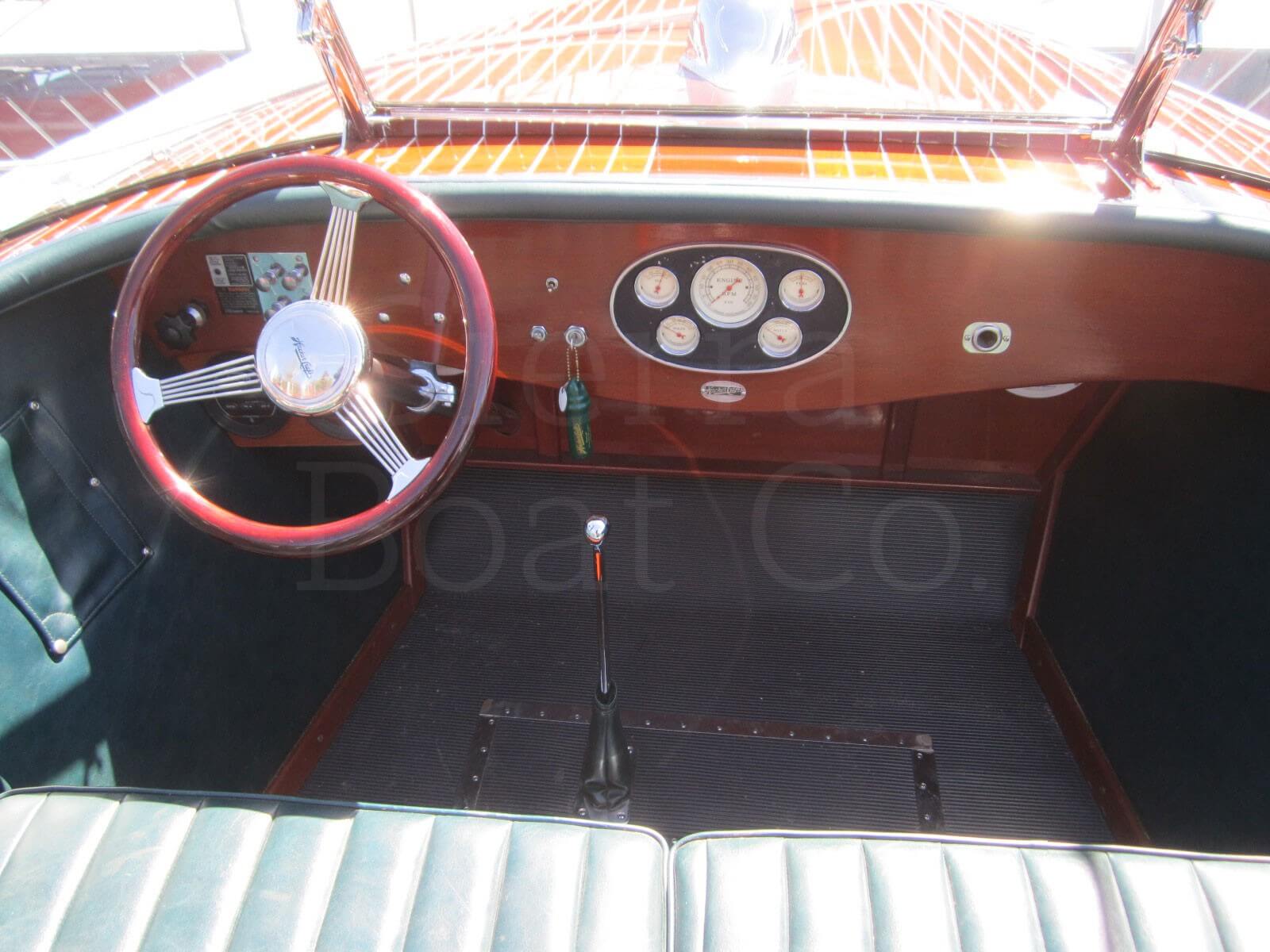 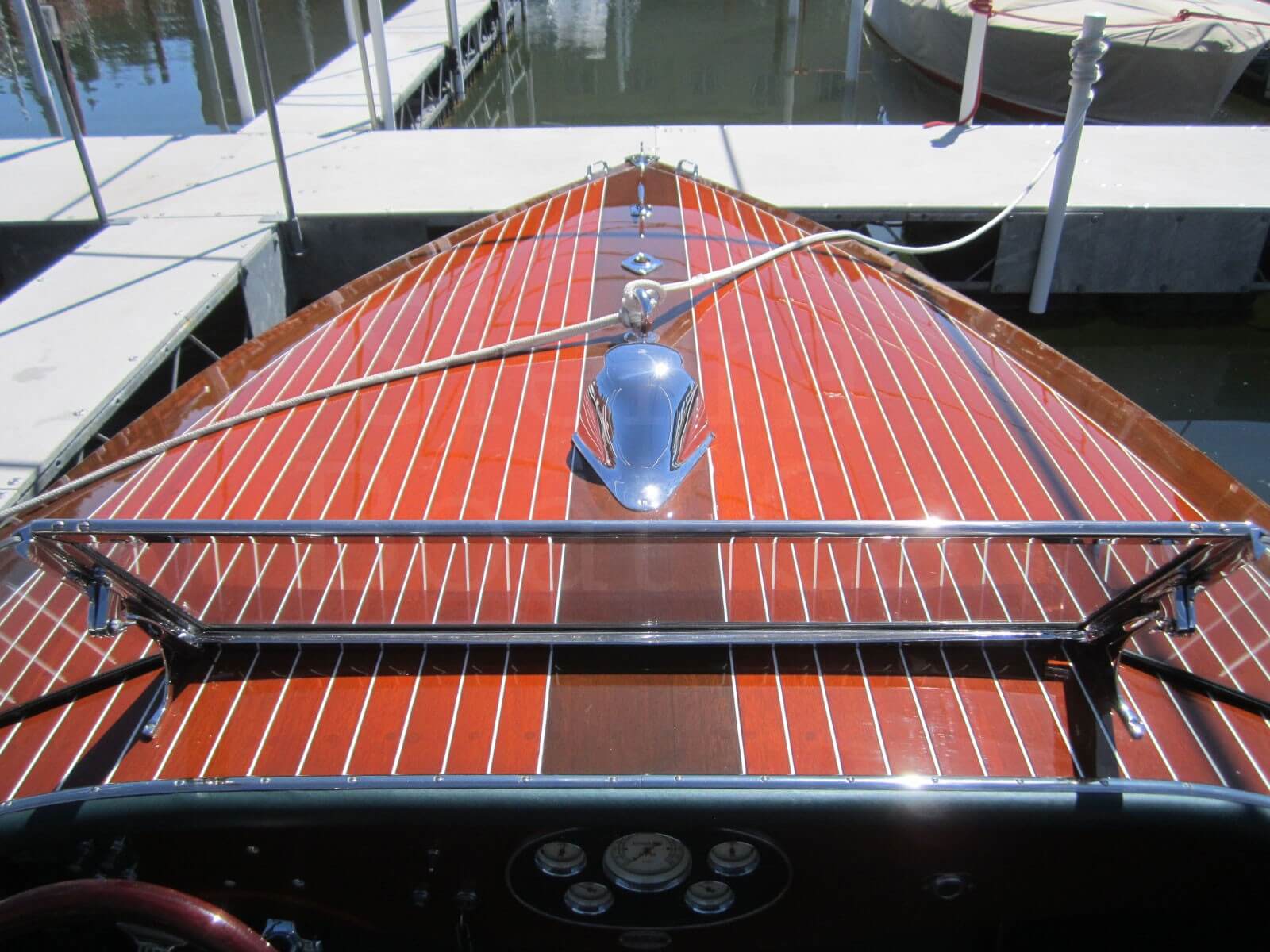 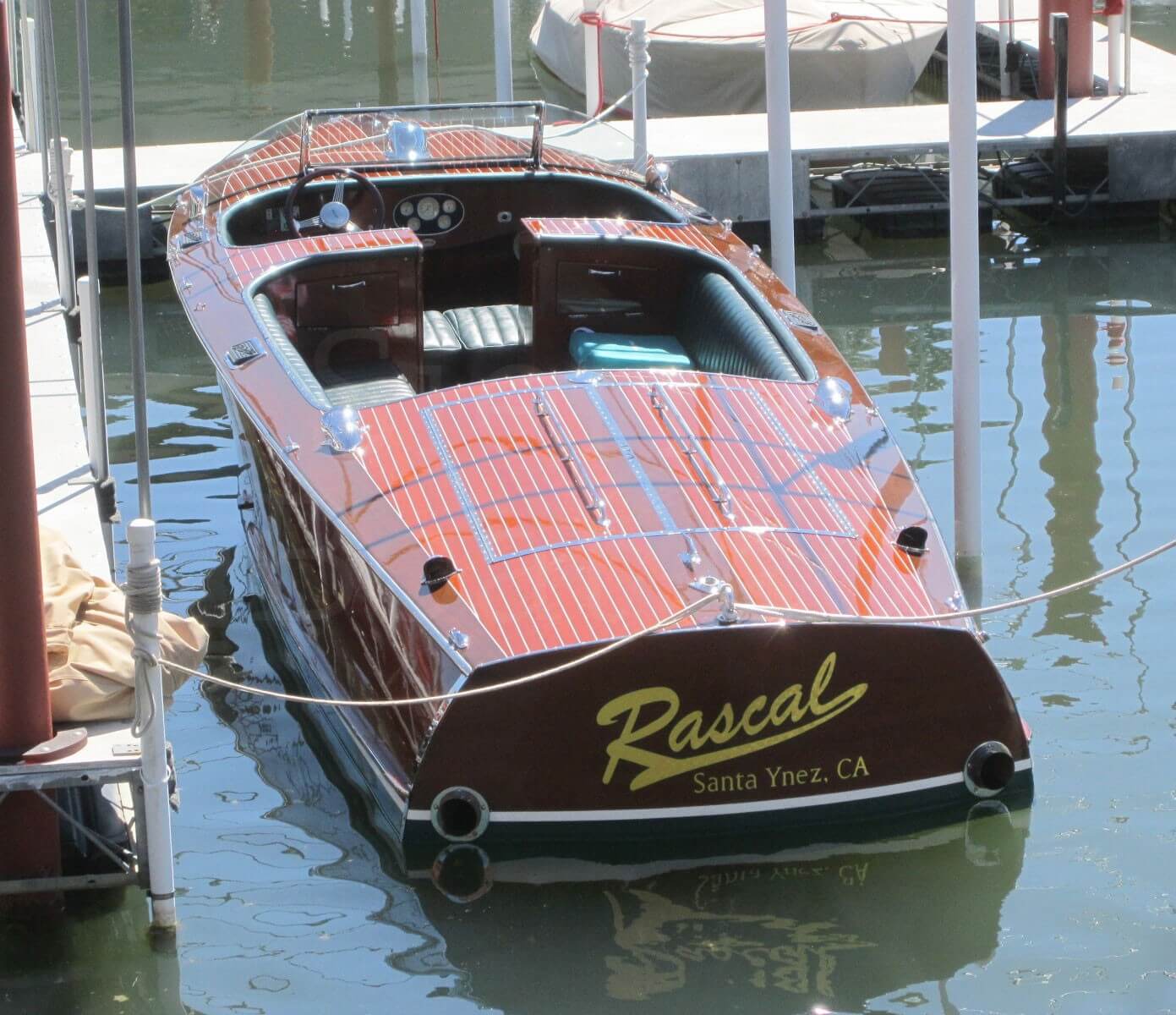 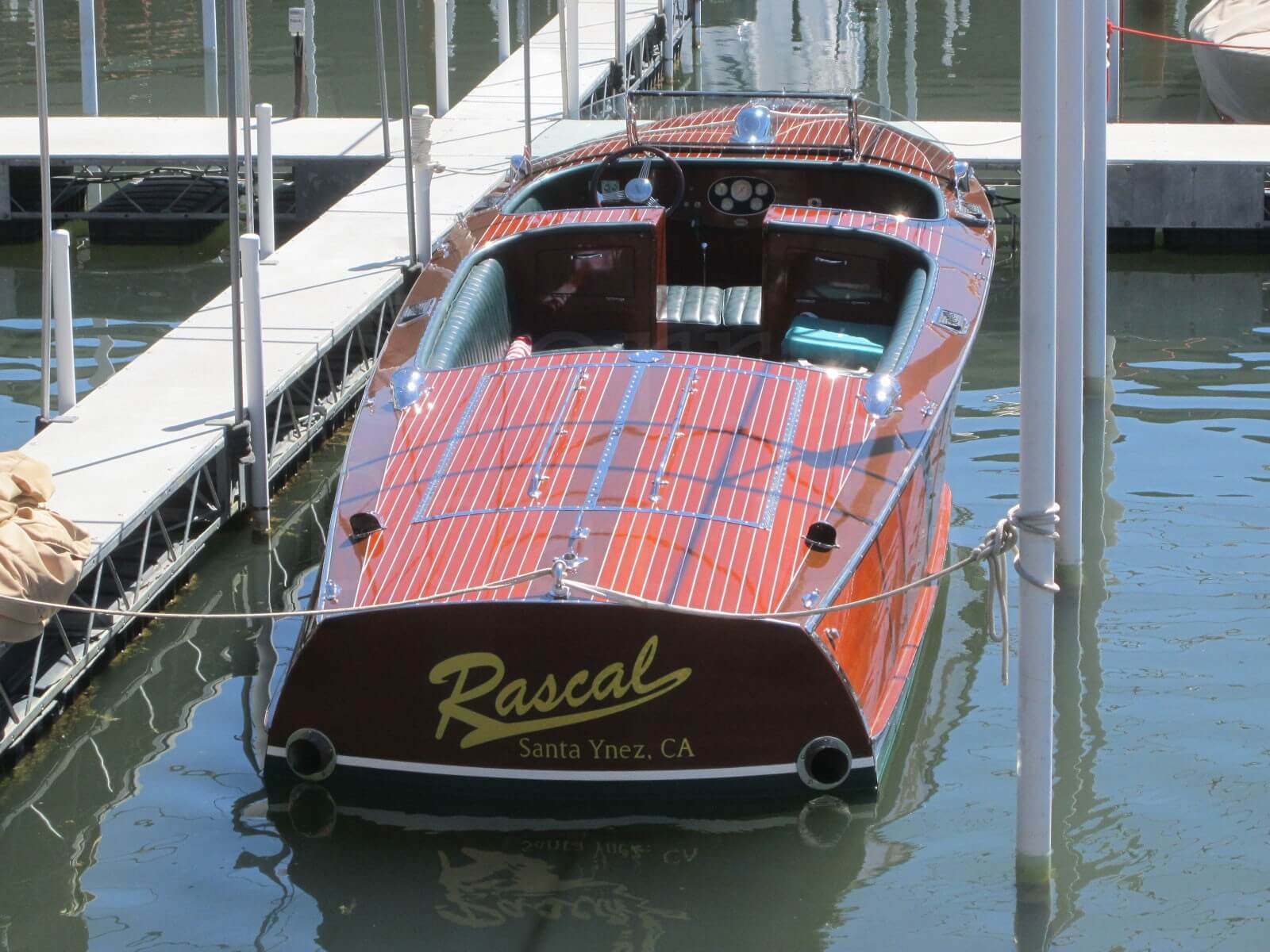 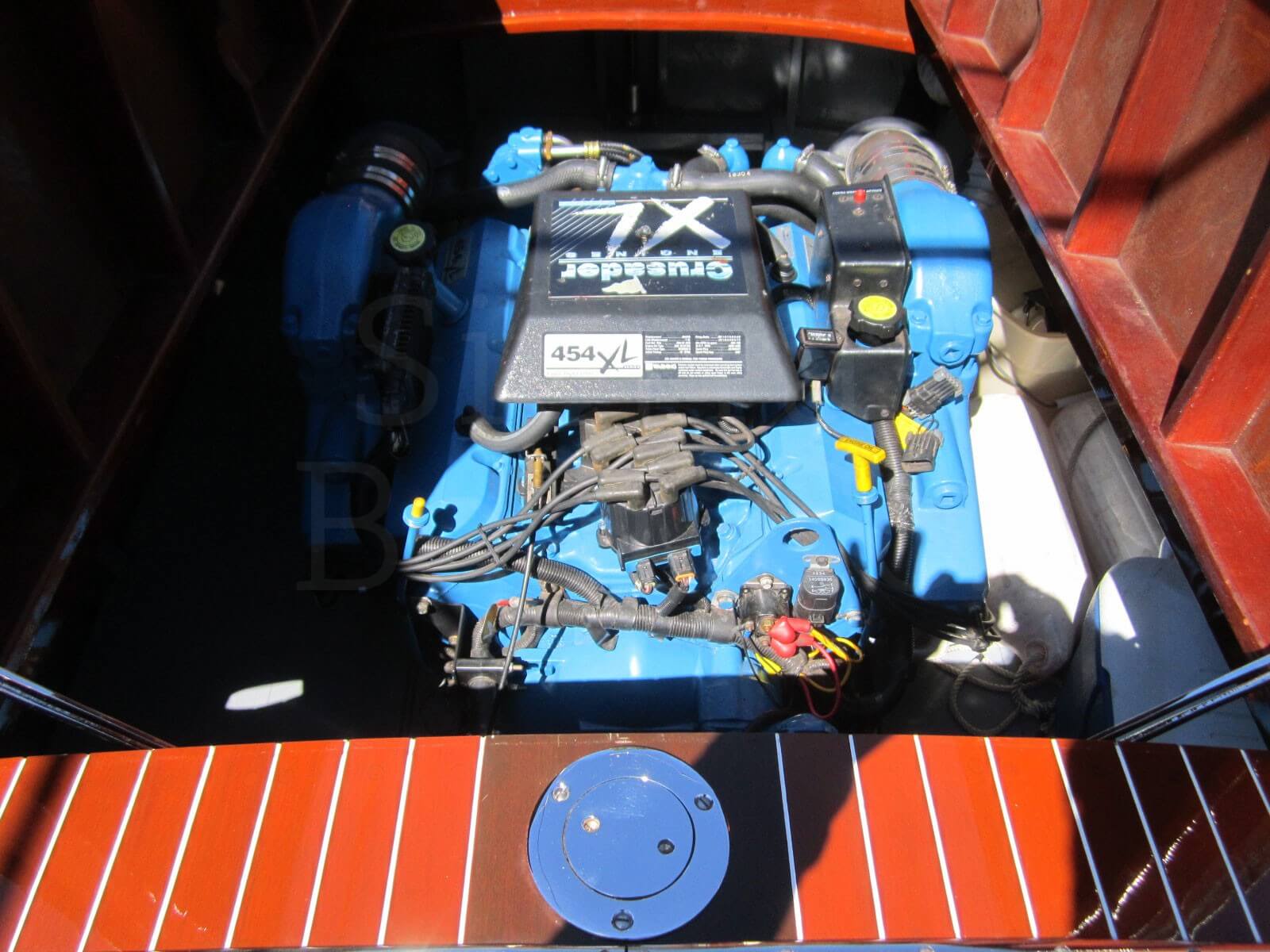 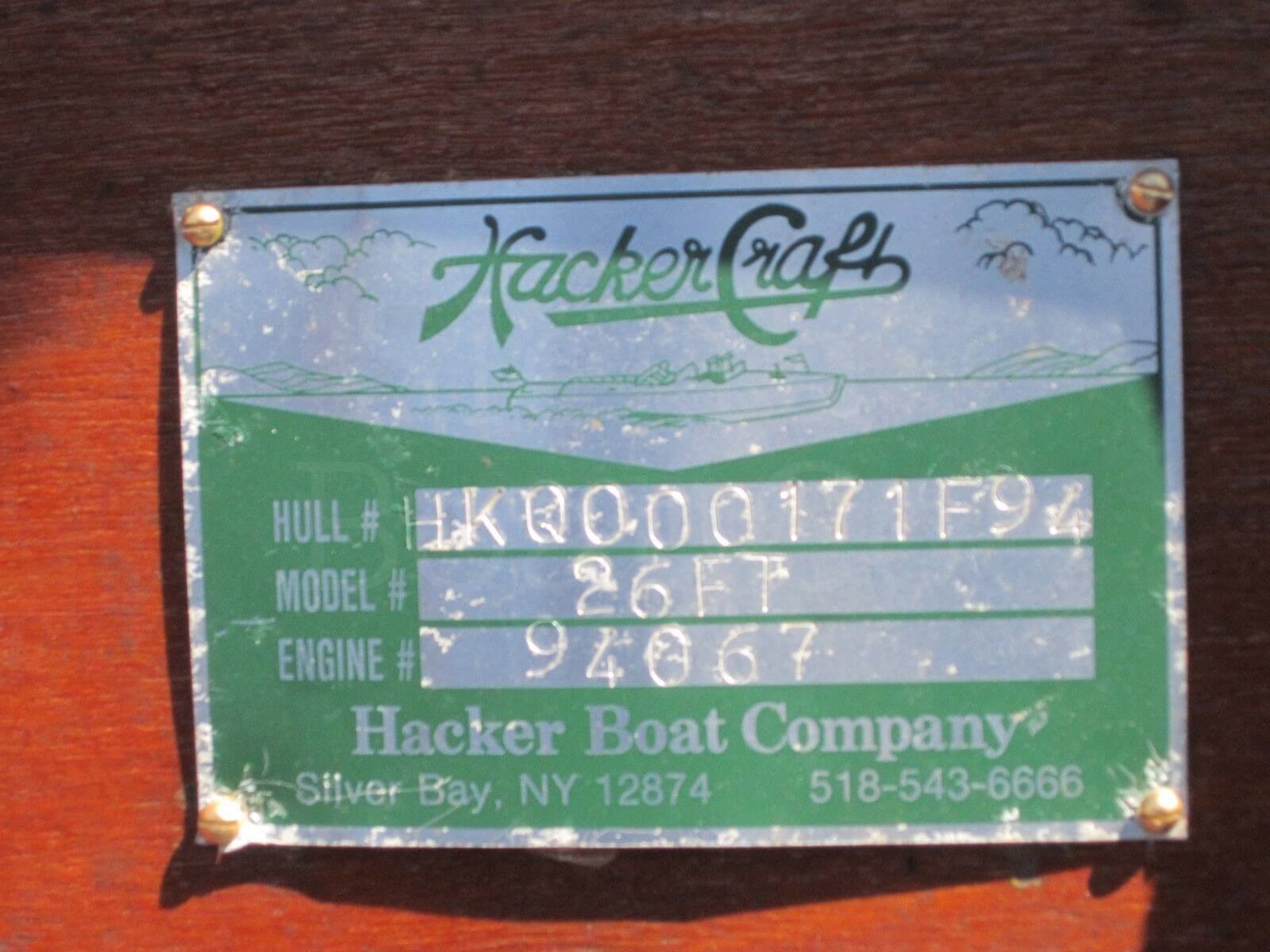 The boat was fully re-built by the experts at Sierra Boat. It received a completely new west system bottom in 2015 including all the framing and new keel. It has fresh coats of varnish which was done in 2015 as well.

These modern Hacker-Crafts are built using 1930’s designed but updated for modern use. While the designed from the 30’s would have been triple or twin cockpits, this updated design has an enlarged U-shaped seating arrangement. It’s much easier to get around in the boat and is more sociable as well. They feature all Glued construction, so you don’t get the plank movement inherent with older boats which means less maintenance.