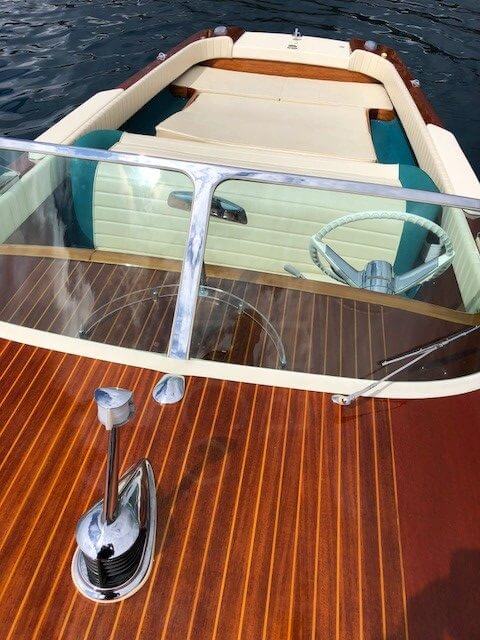 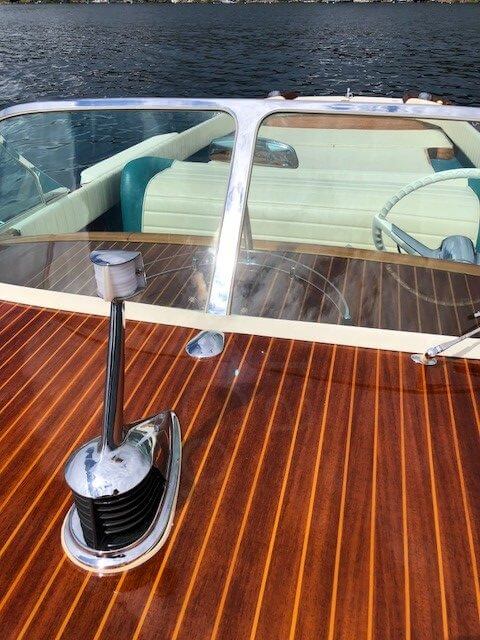 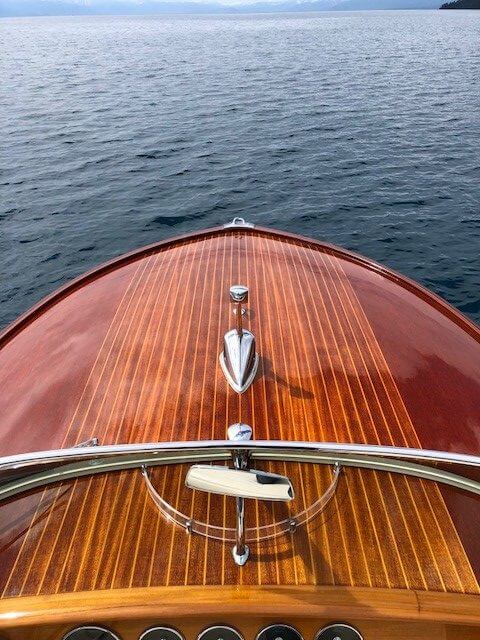 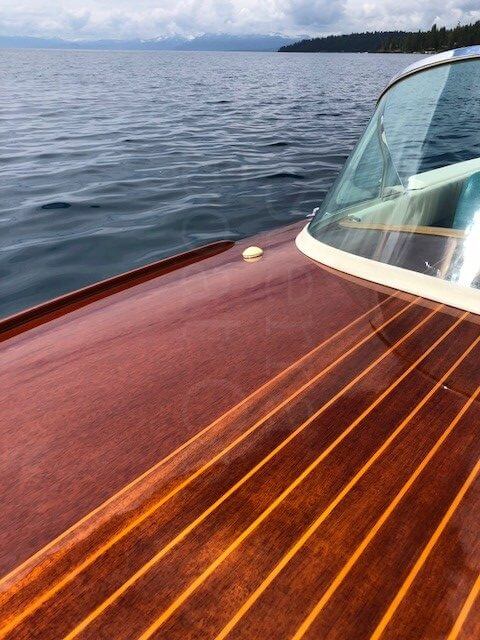 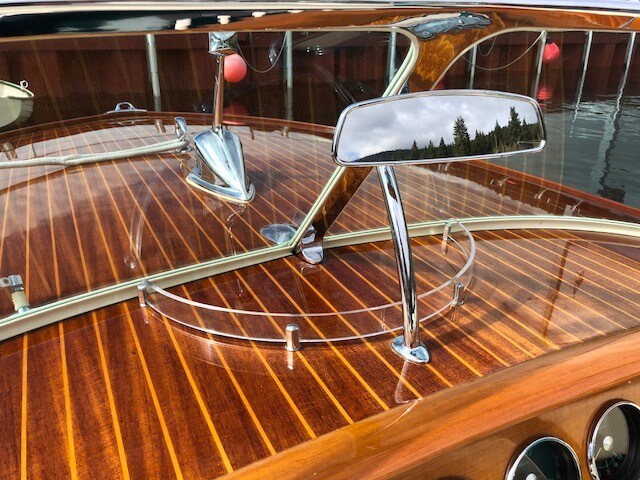 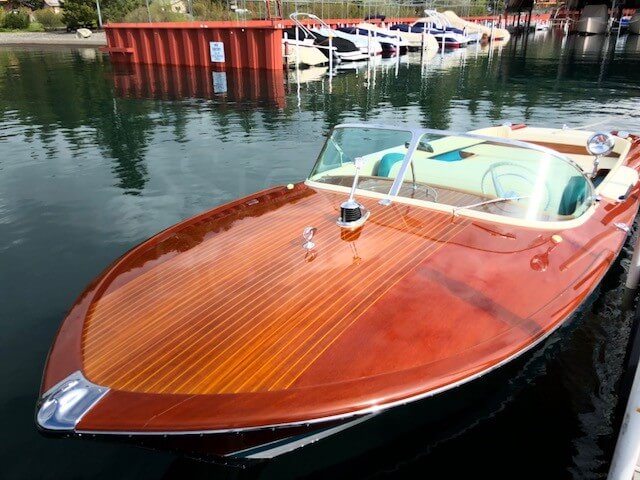 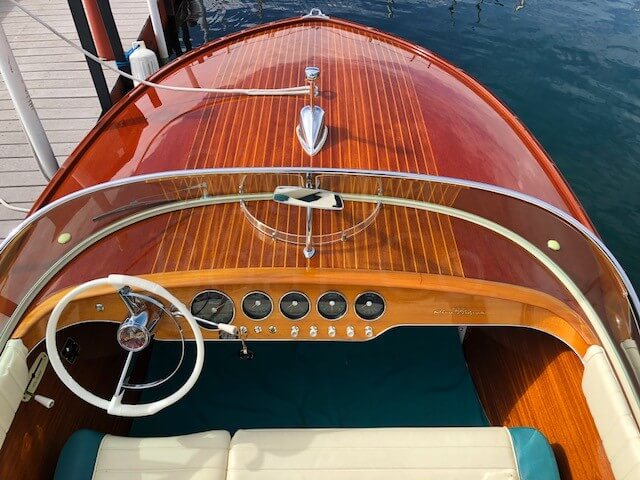 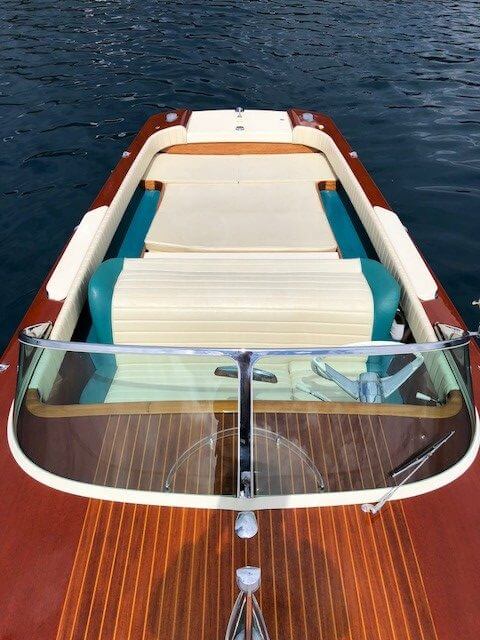 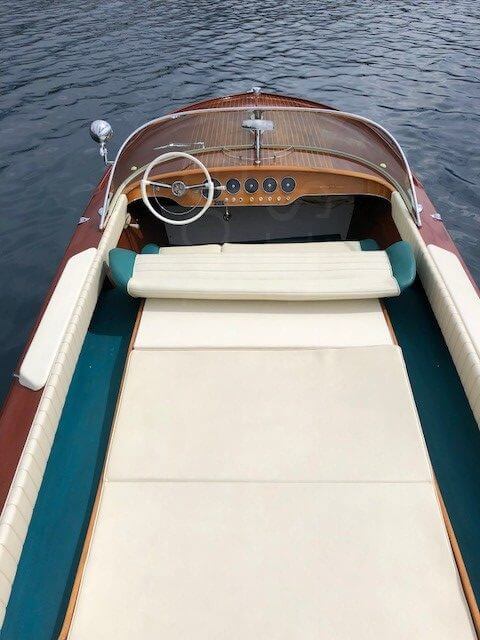 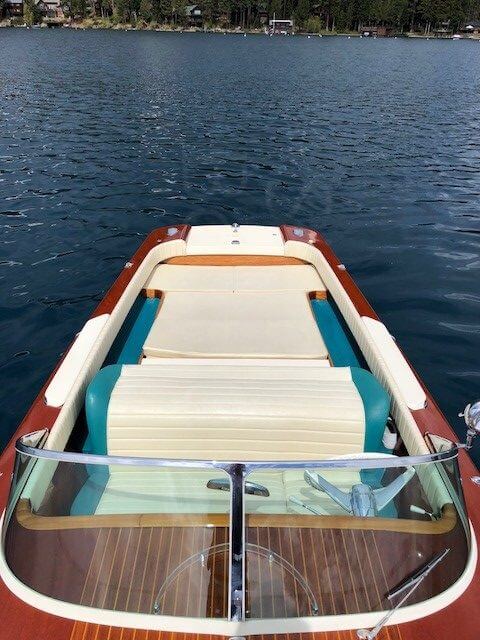 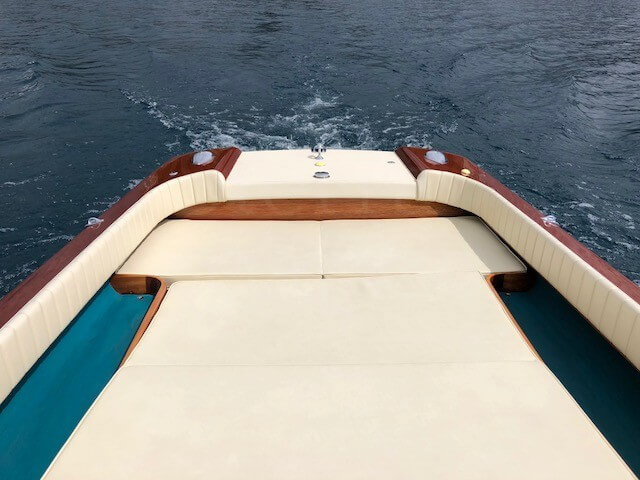 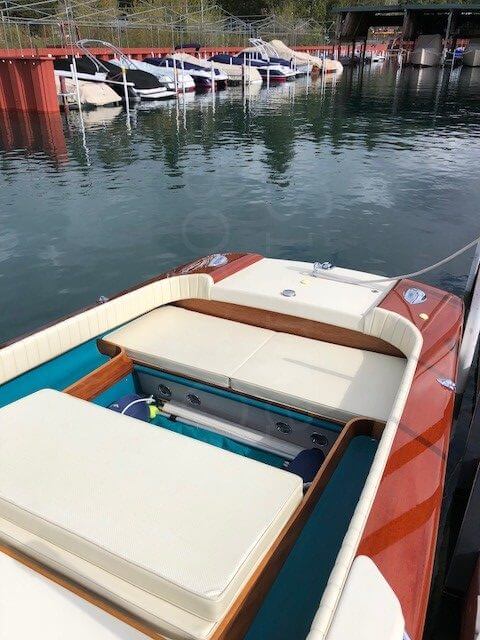 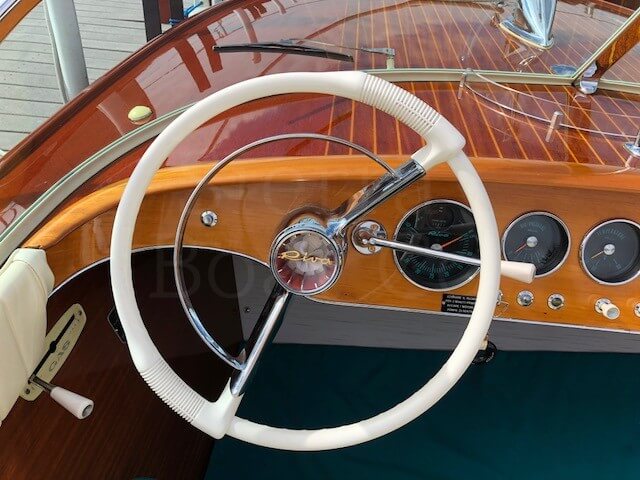 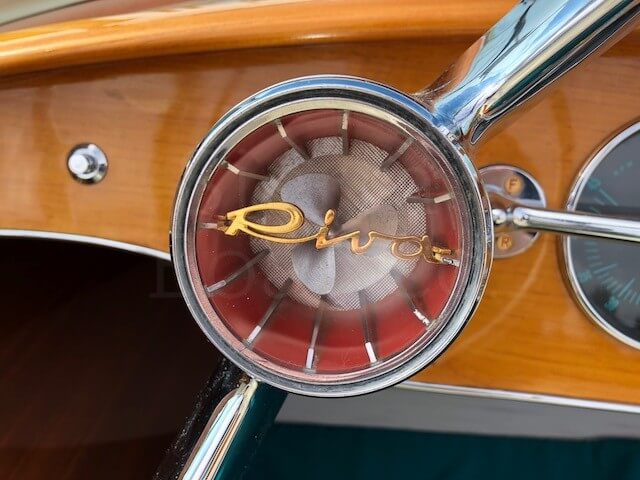 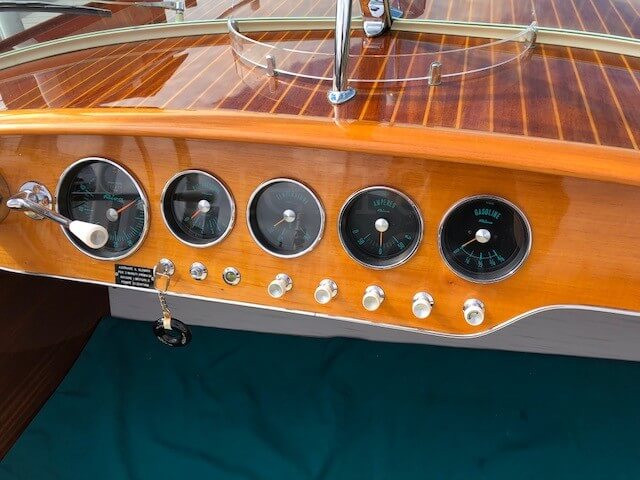 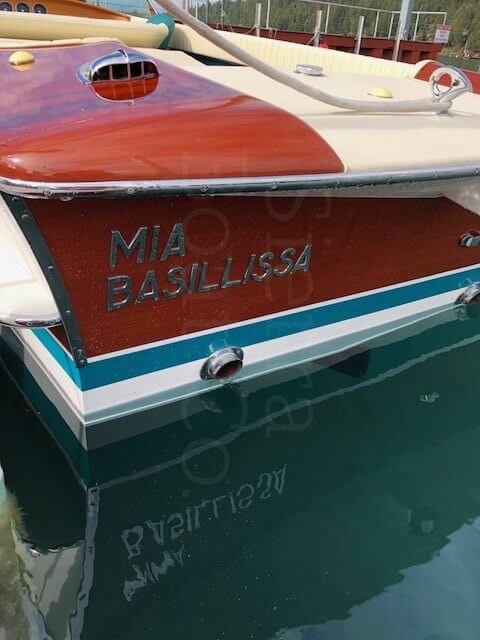 The Riva brand is recognized as an iconic name in the yachting world and is widely collected.  Craftsmanship, unmatchable quality and elegant lines matched with its always functional design all make up the Riva hallmark.

Named after the Mexico Olympics of 1968, the hand built Olympic was the last proper wooden hulled boat to be designed by Cantieri Riva.  Although it continued to be produced until 1983, the majority of the 274 Olympics that were produced were built prior to 1975. The design proved to be both strong and robust, easily capable of coping with punishing sea conditions.

This Riva Olympic, Mia Basillissa, is fully restored and in excellent condition. It is hull number 39 and is powered by a rebuilt Chris Craft 327 engine with 220 hp. The rebuilt engine has less than 100 hours on it. The boat has a new fiberglass bottom on it which makes it leak free. The varnish on the deck and hull sides is in excellent condition. The interior is in very good condition and can sit 4-6 people. The interior also folds down to create a sun pad lounge area.

Mia Basillissa has been to many boat shows around the world and has won Awards at each one. This includes special Riva boats shows in Italy and at Florida and Lake Tahoe.

The boat comes with a custom waterline cover, surrey top, custom Riva cushions and Riva fender covers. Also included is a 1996 DHM trailer that is in fair to good condition.

The boat is currently in a slip in Tahoe City Marina and is ready for a new home!