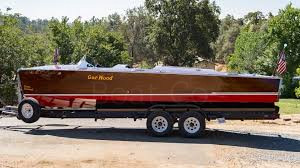 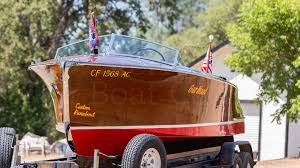 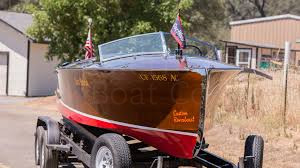 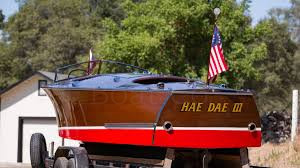 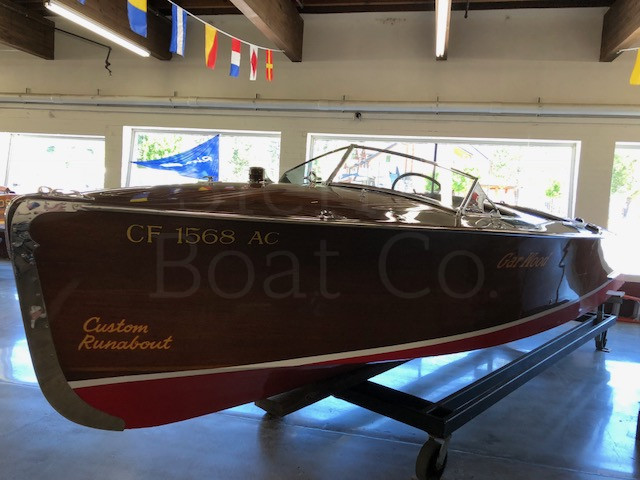 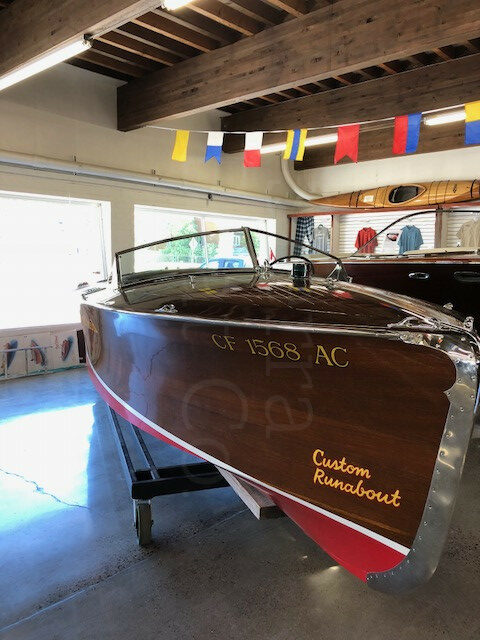 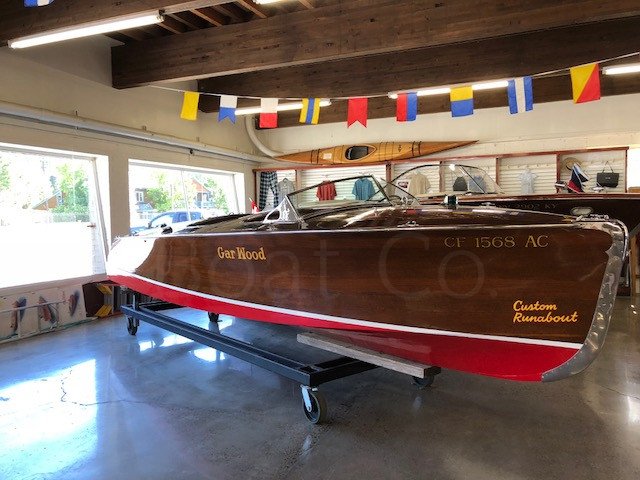 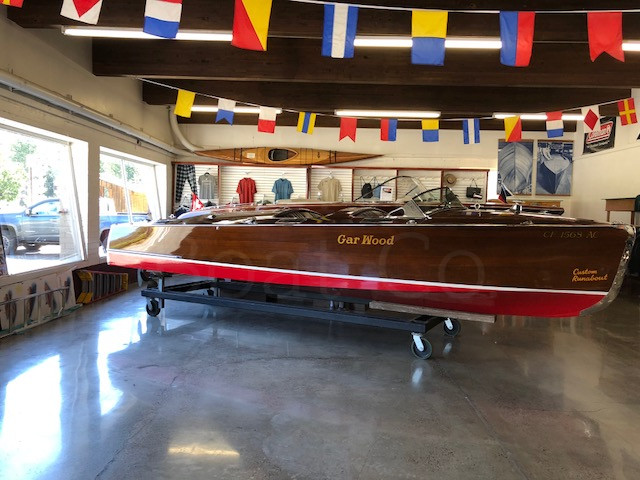 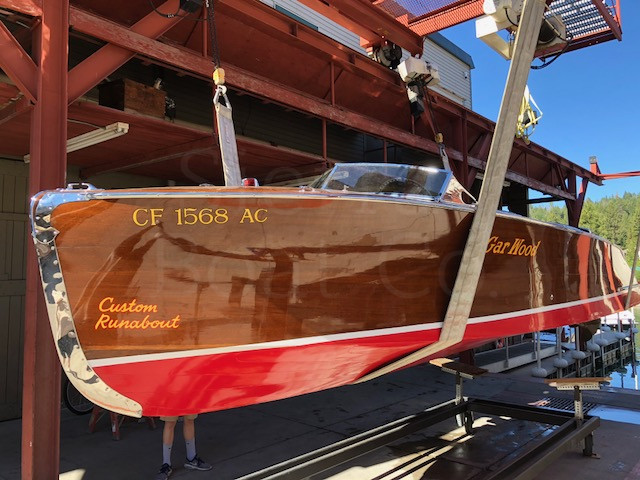 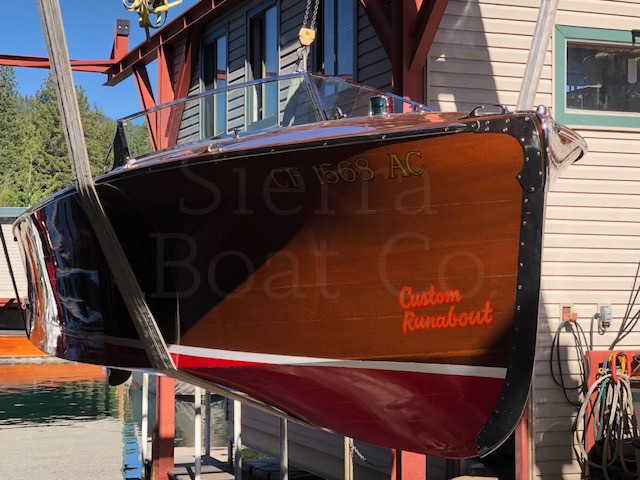 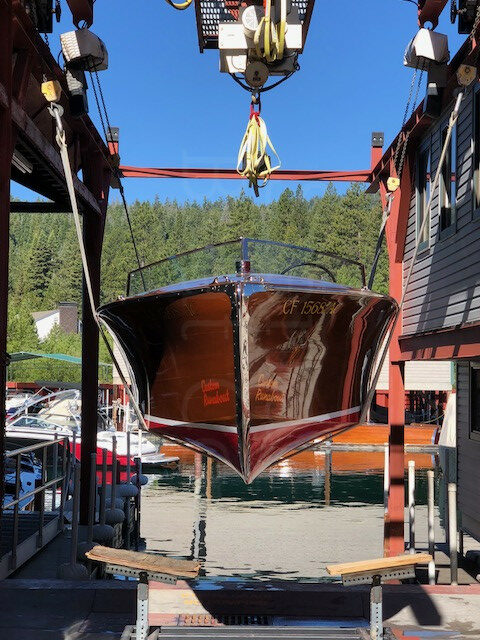 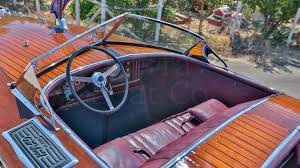 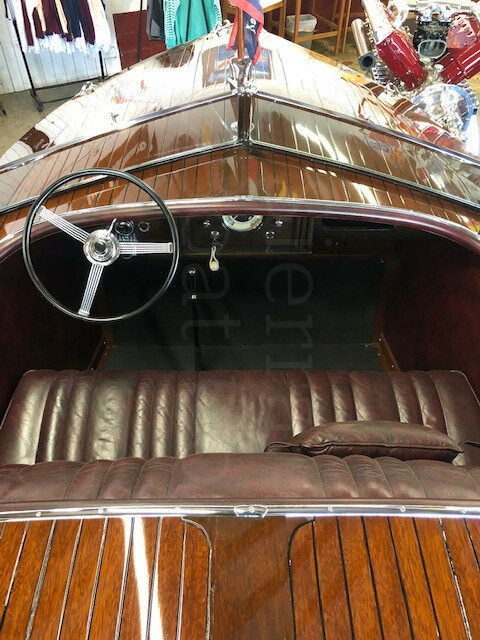 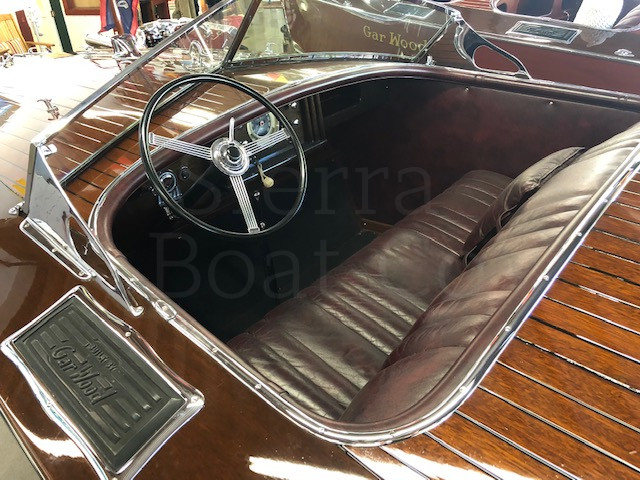 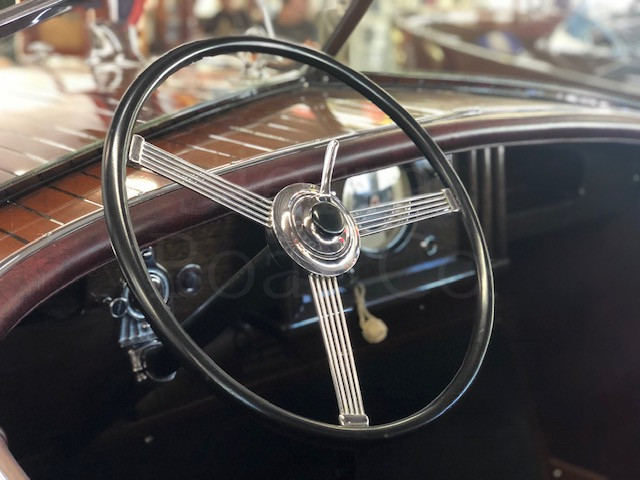 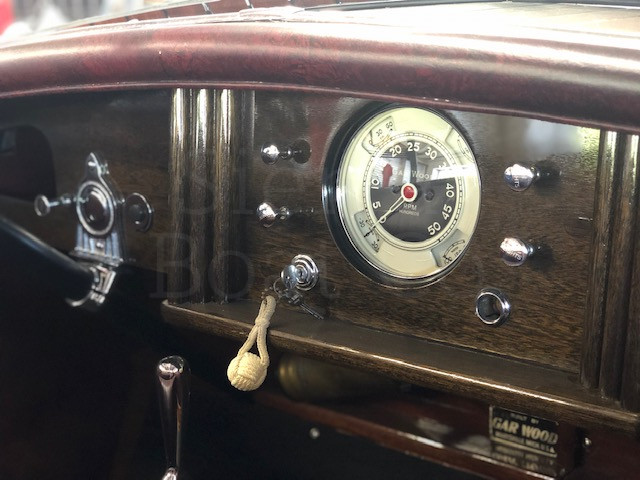 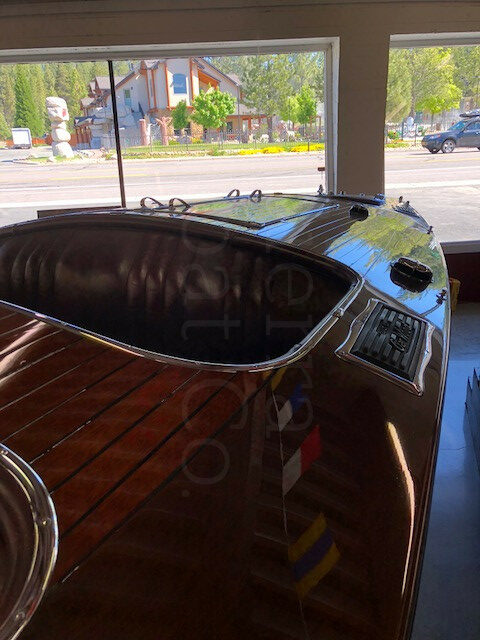 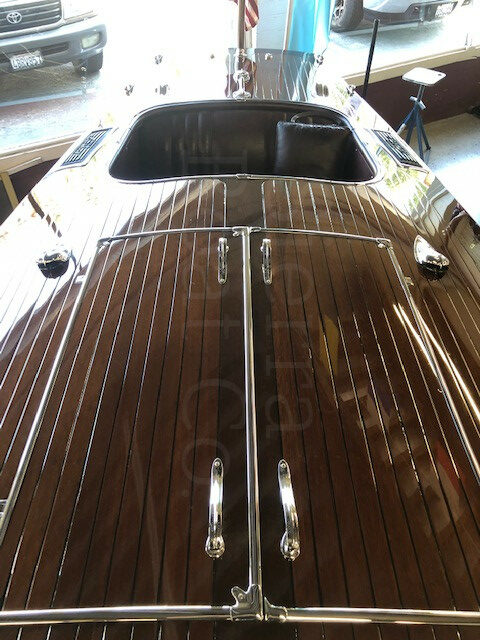 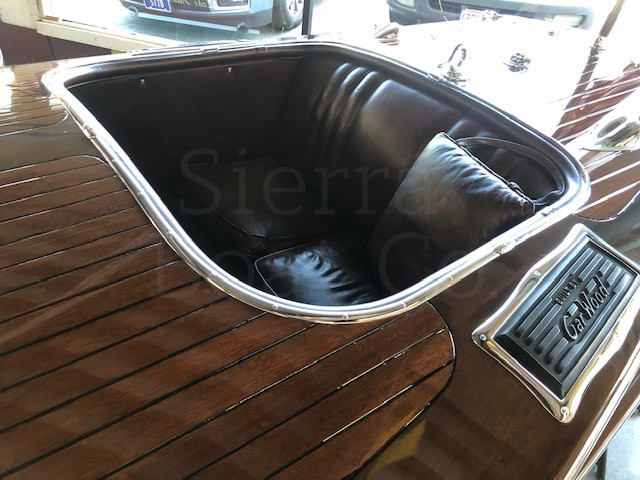 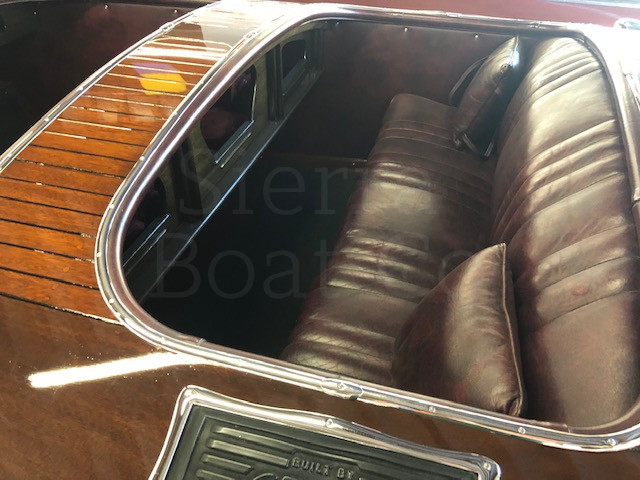 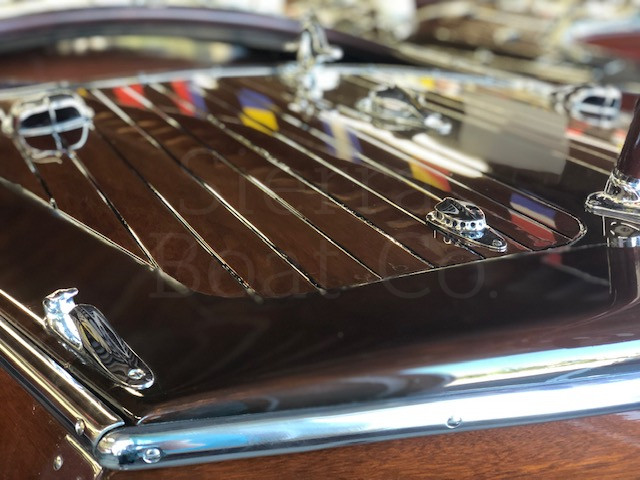 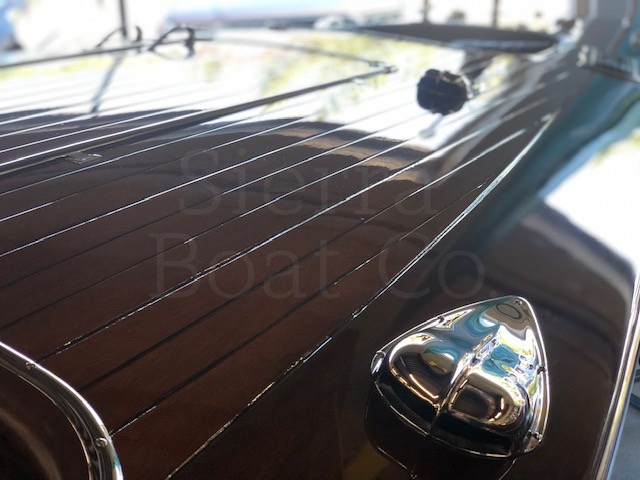 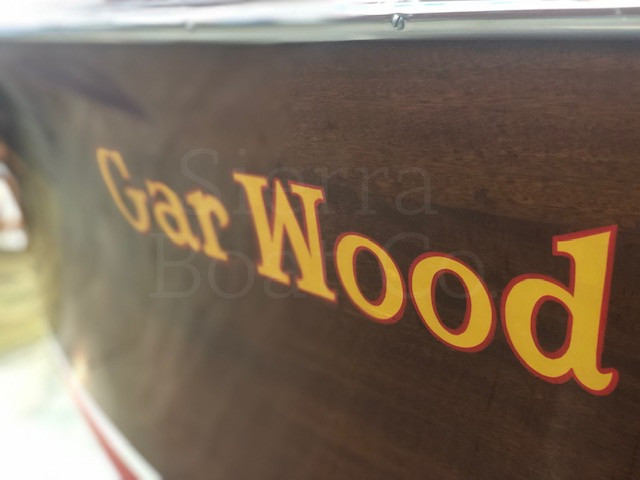 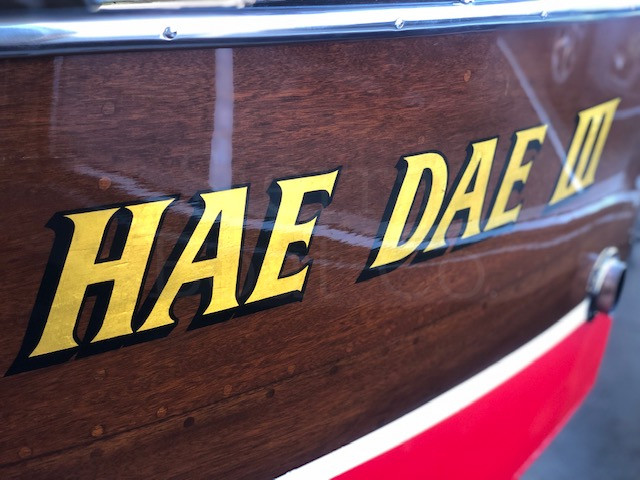 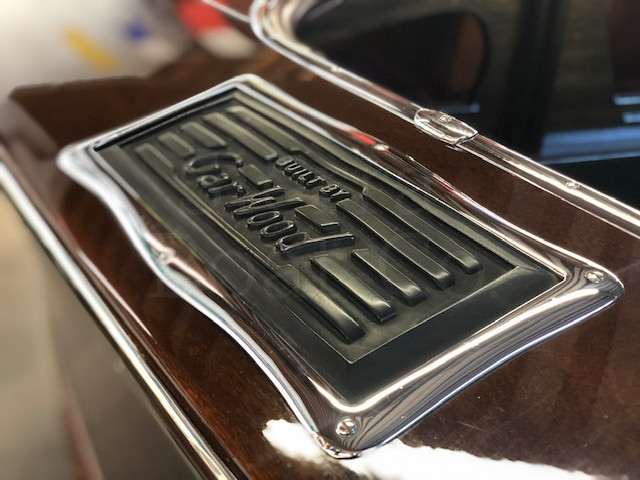 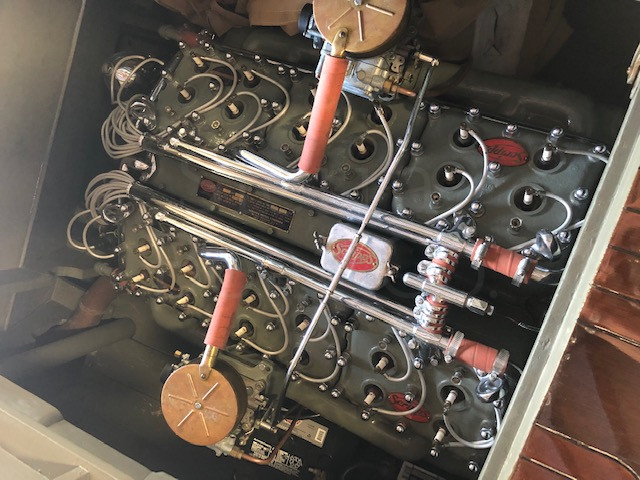 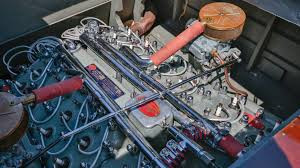 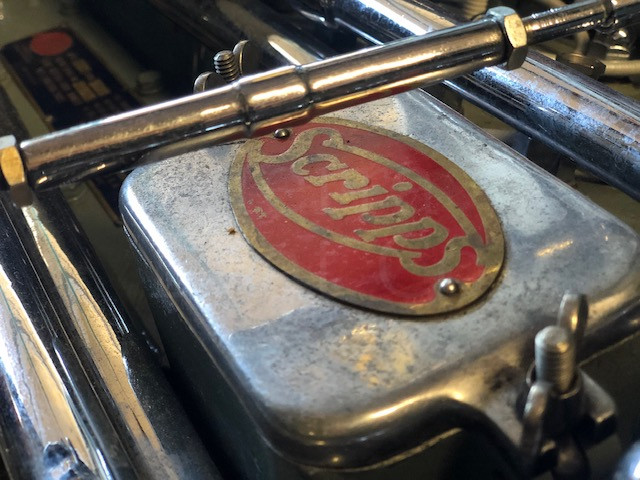 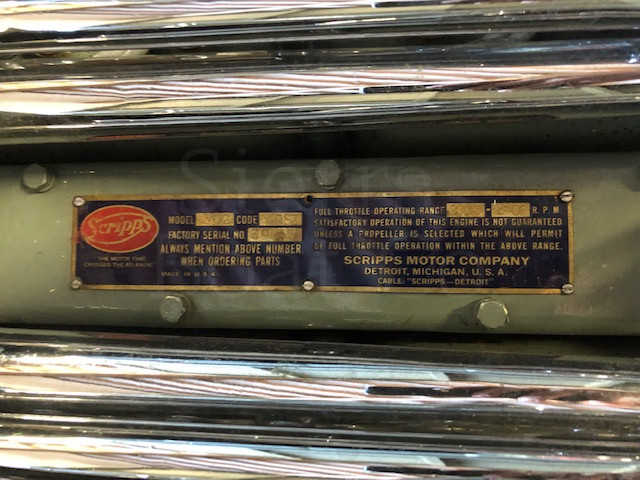 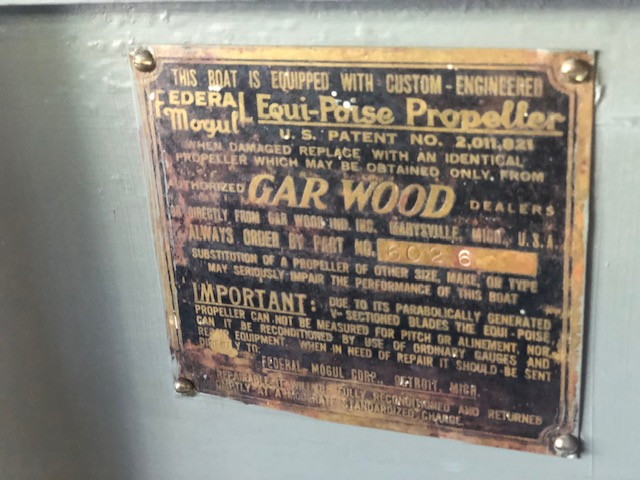 Only 35 25-foot Custom Runabouts were ever built by Gar Wood during its 10-year production run from 1932-41. A mere sixteen are known to exist today. Considered by most to be the pinnacle of Gar Wood design, the 1941 models had the most bow flare, the barreled-cutwater design, high-crowned decks and the aft-raked transom, which added 6 inches of length and completed the radical streamlining of the 1941 lineup.

This Custom Runabout featured rich heavy-grained pleated burgundy leather upholstery throughout, with comfortable seating for eight to 10 adult passengers. An abundance of the most beautiful streamlined chromed-brass hardware helped make the big, triple–cockpit the boat to own on Lake Tahoe. Though “Hae Dae III”—the name given to the boat by its original owner Herbert Day—was actually delivered new to Newport Beach, California, just after New Years in January 1941, by that summer, it was home at Tahoe, where it was raced in several of the Tahoe Yacht Club events. It won first place in the “Bang and Go Back” race and third place in the Lake Championship Free-For-All Race in both July and August 1941. Hae Dae III was the last 25’6’’ Custom Runabout shipped by the factory.

Hae Dae III has only had four owners in its lifetime on Lake Tahoe. Tony Brown of Western Runabouts completed a significant preservation restoration in 2002. It has been awarded “Best Gar Wood of Show” at the prestigious Lake Tahoe Concours d’Elegance twice, in 2002 and 2004.