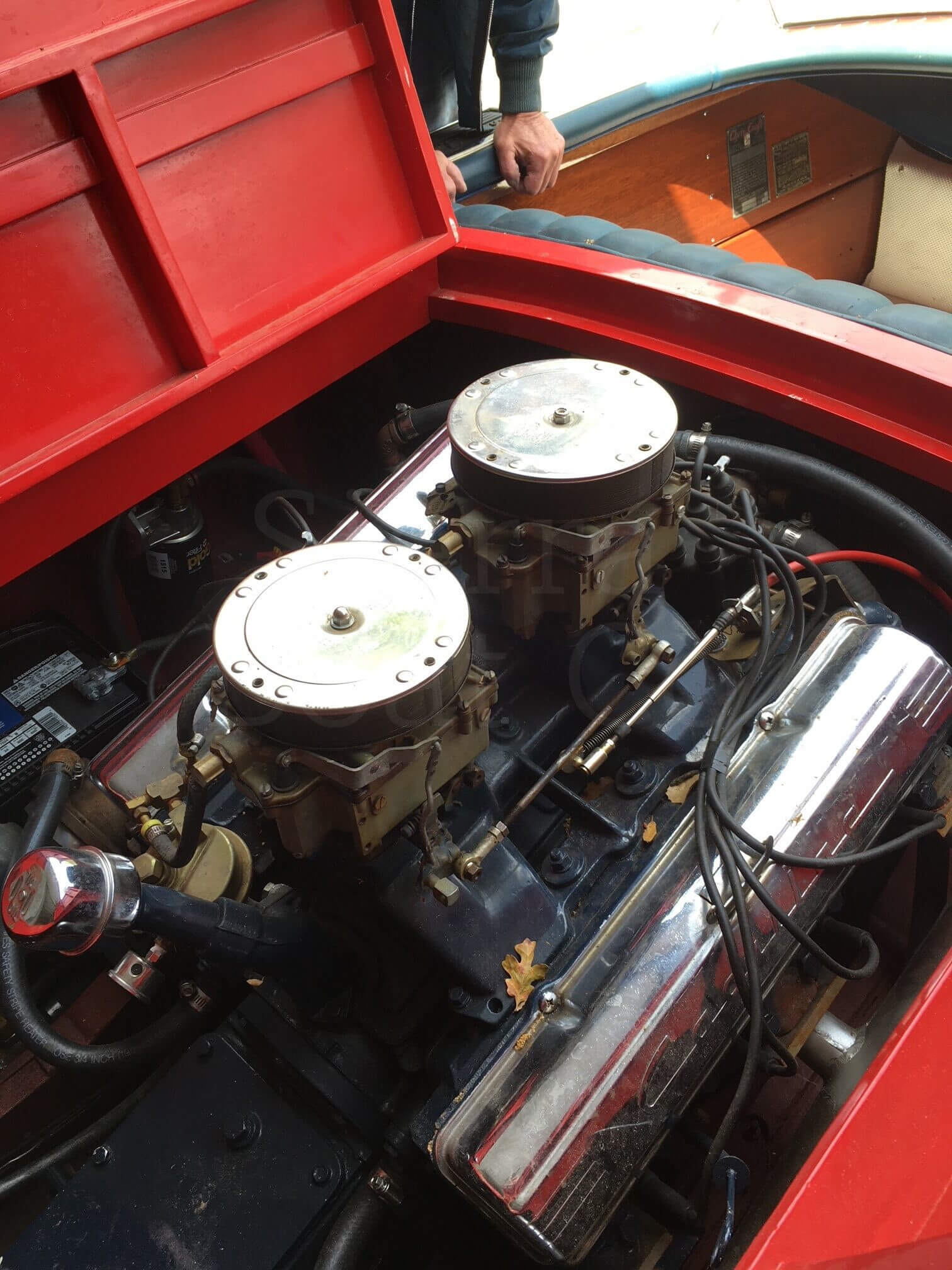 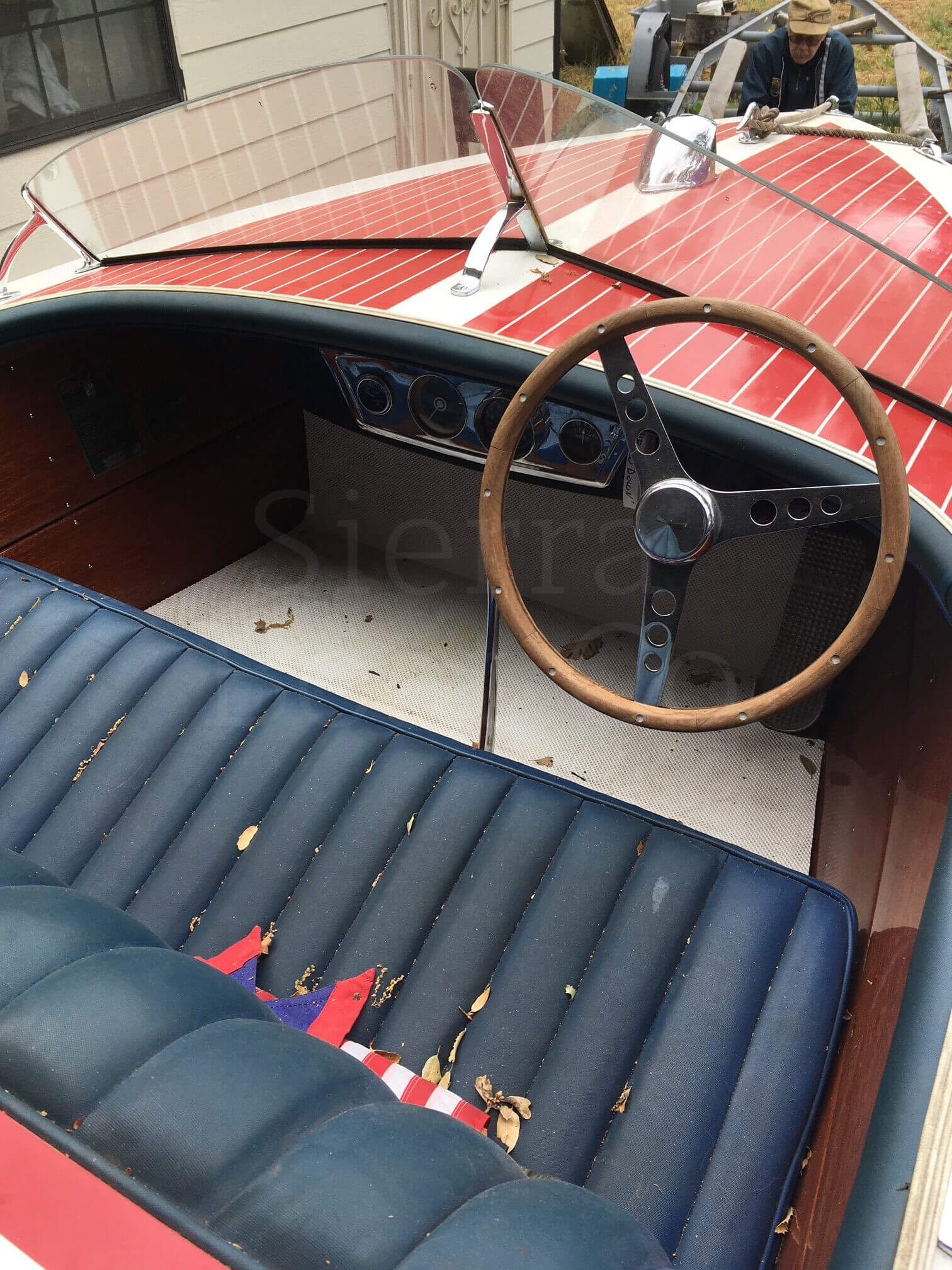 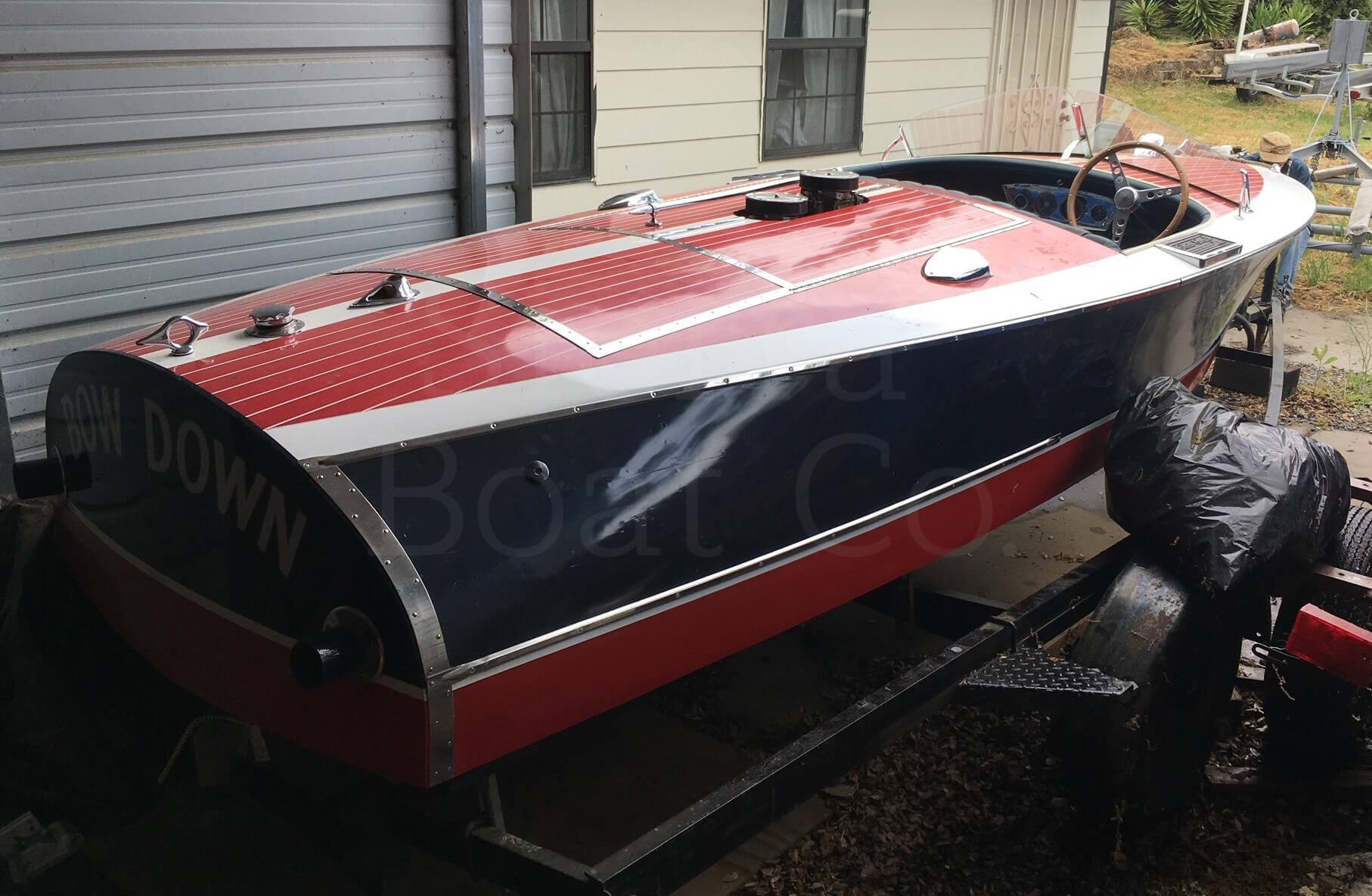 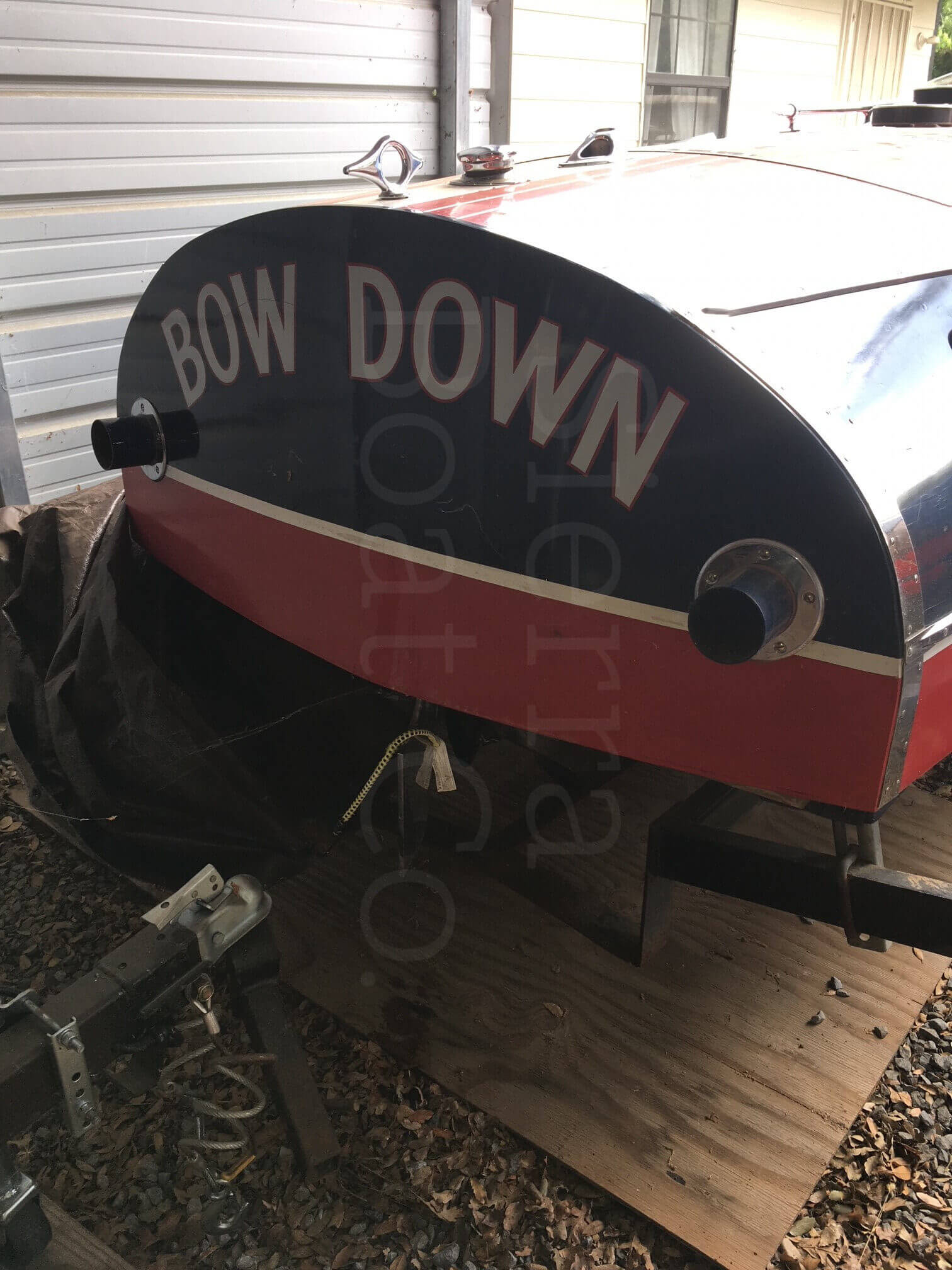 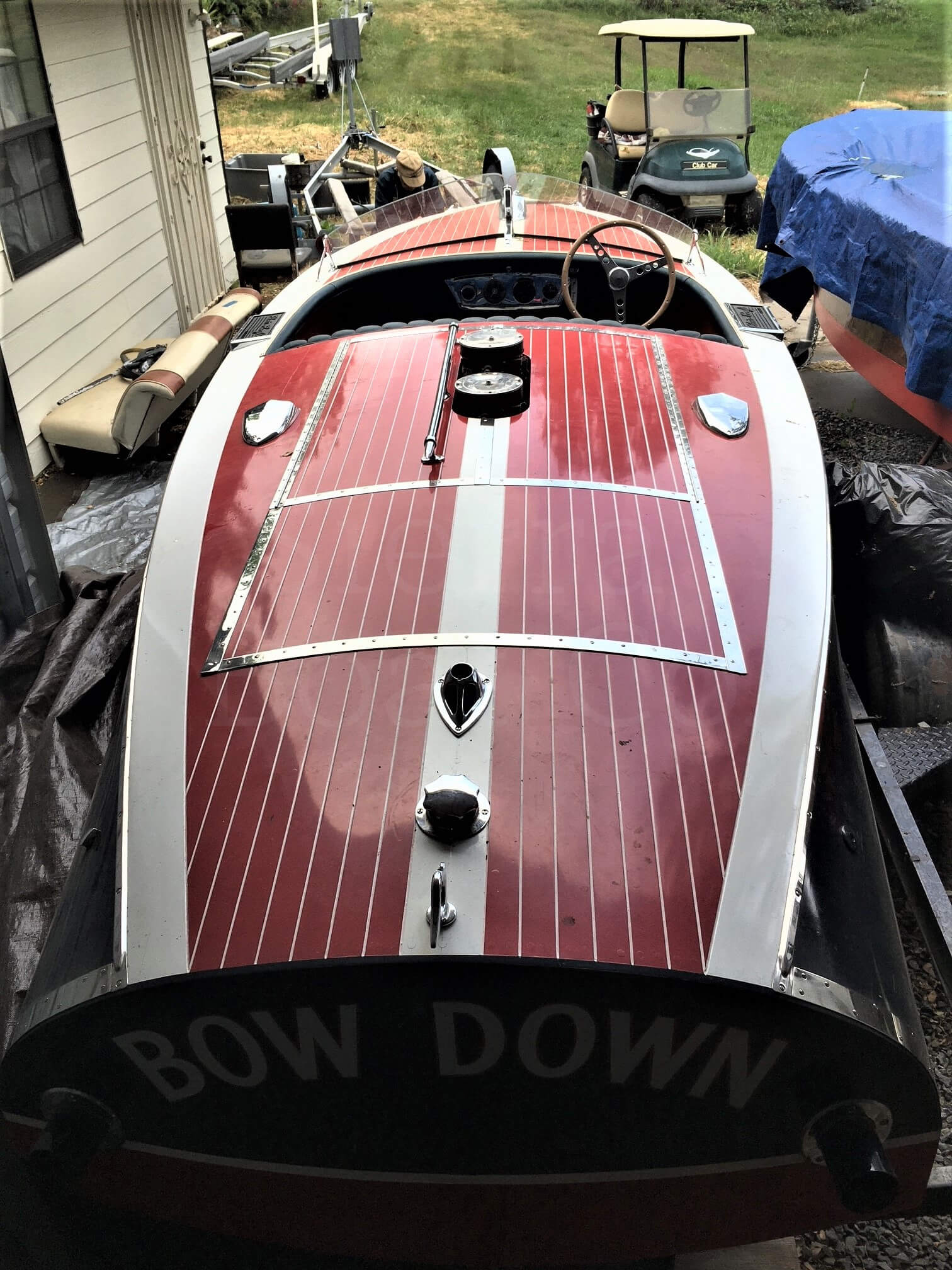 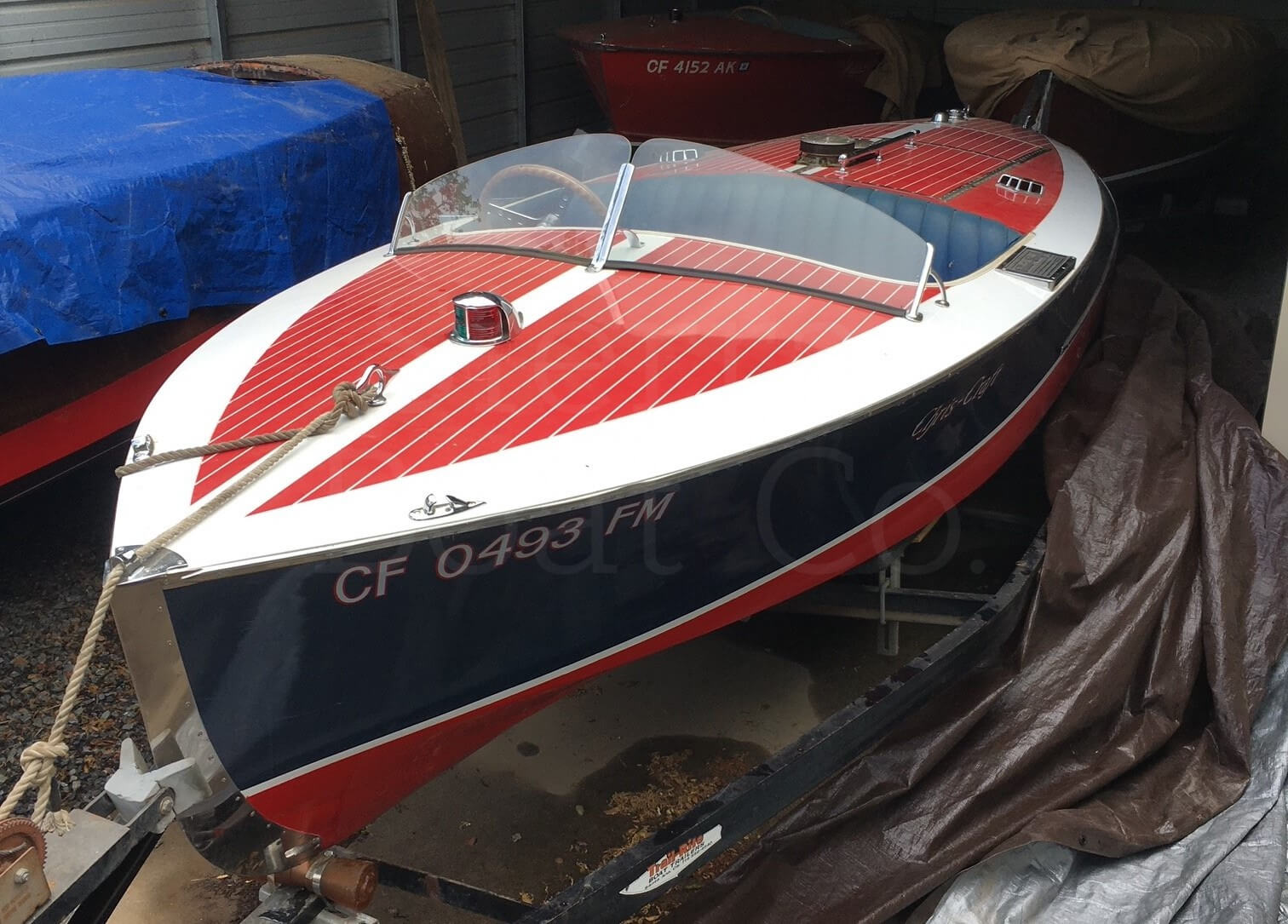 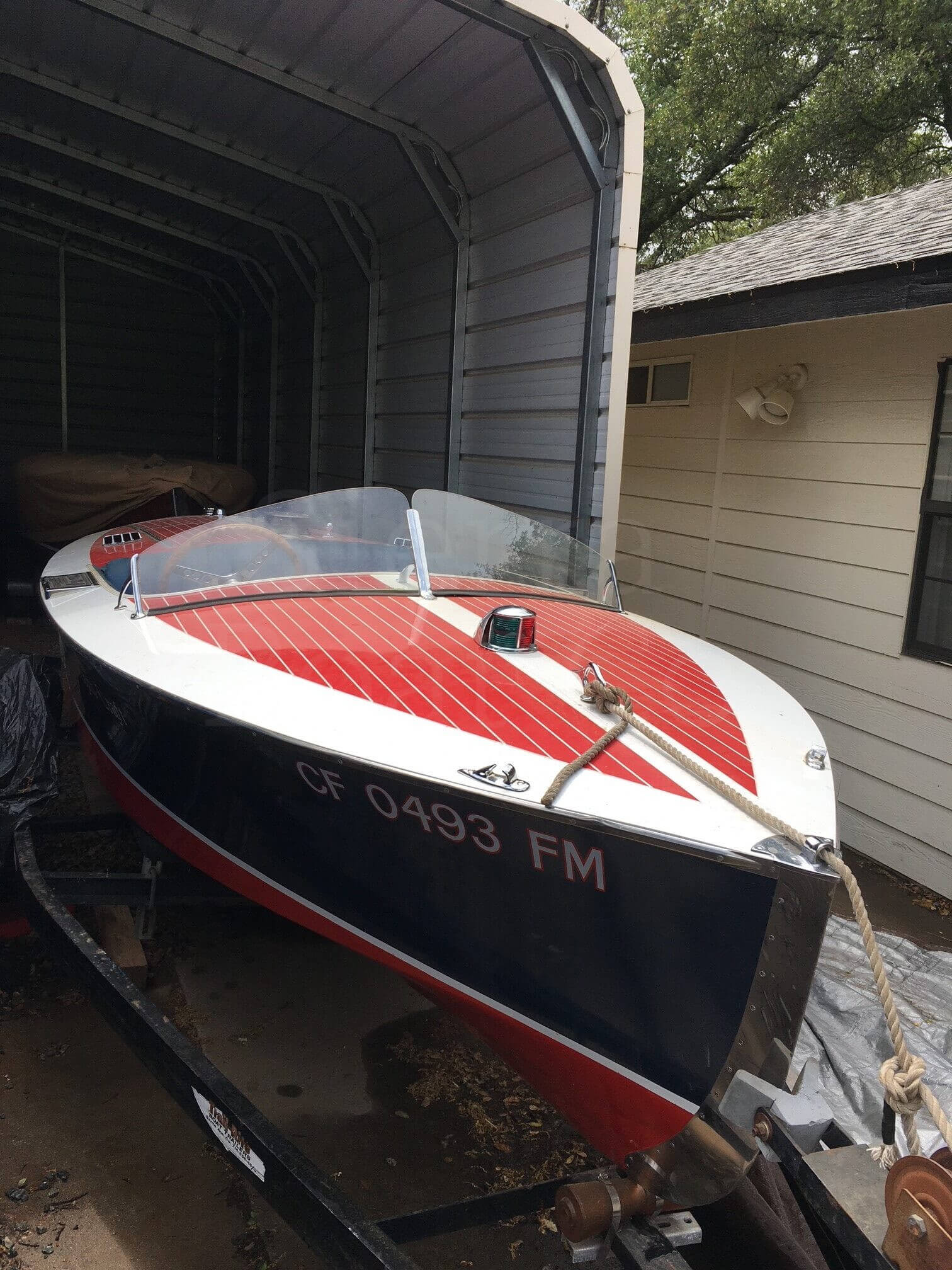 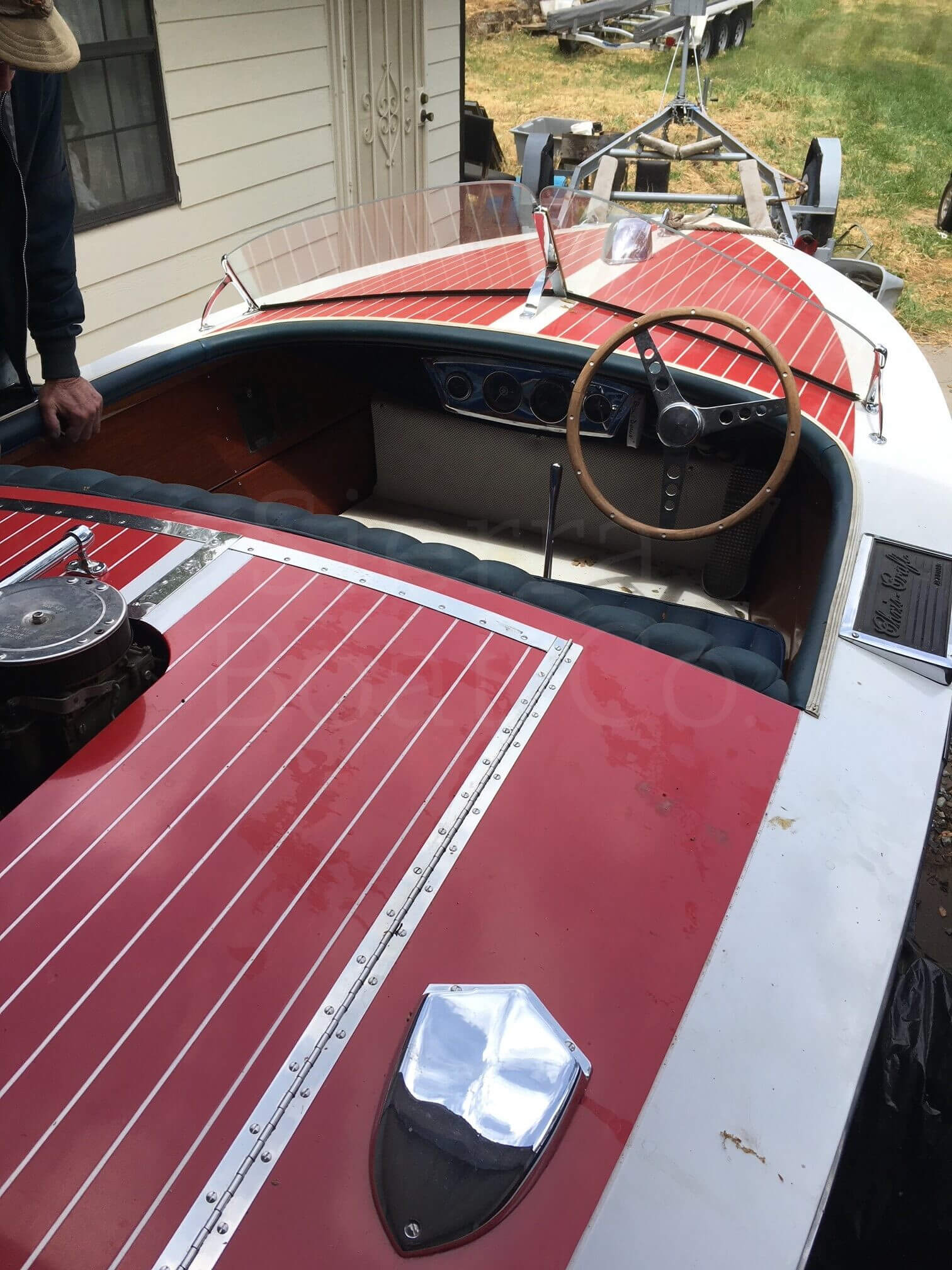 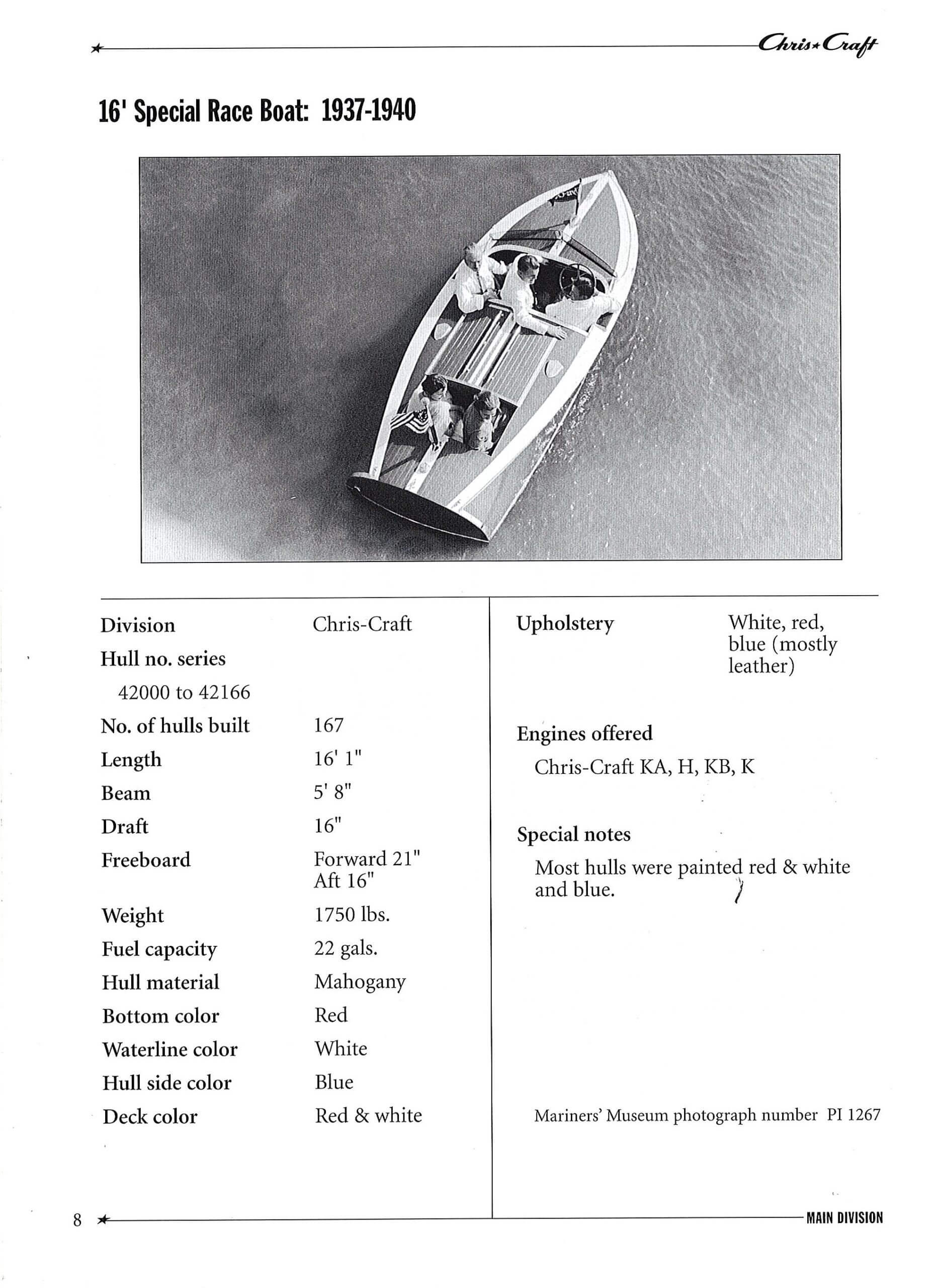 The Chris Craft Special Race Boat was the first of the famous Barrel Back designs from Chris Craft. Most of them were painted red, white, and blue. Very fast in their day with a 121 hp KB flathead six, this one is even faster.

As a longtime Sierra Boat customer, he had a thing for small fast boats, and in the early 70’s a 365 cu in Cadillac V8 was shoehorned into her engine bay. This is not a show boat, but a fun vintage hotrod. An older restoration, much of the work was done in the early 90’s including a new deck and engine rebuild. The heavy duty fiberglass bottom was done in the 70’s for extra strength.

Categories: 19' and Under, All Boats, Boats For Sale, Runabouts Tags: Barrel Back, Chris Craft, Runabout