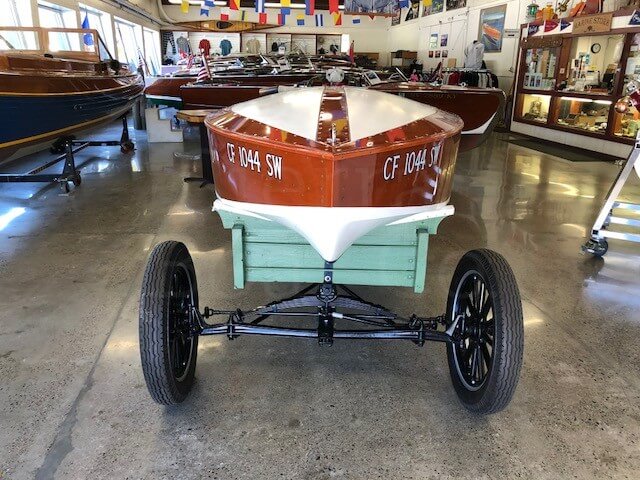 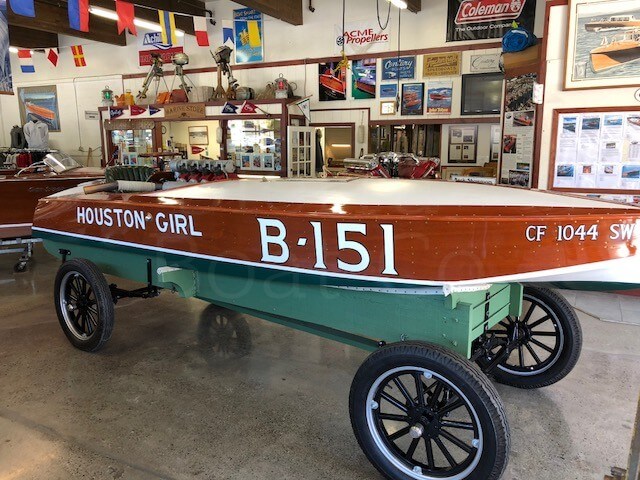 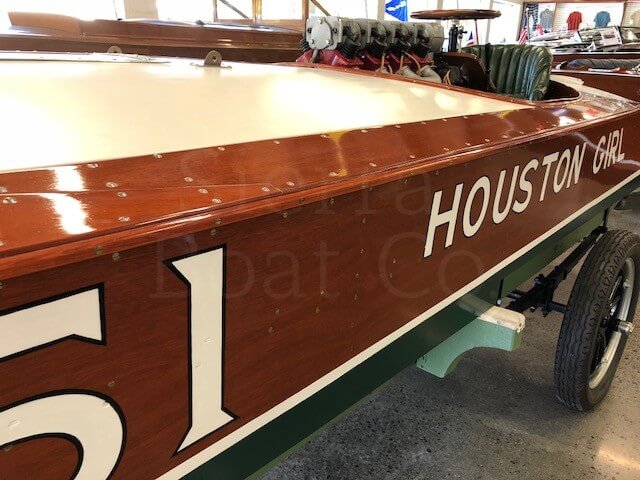 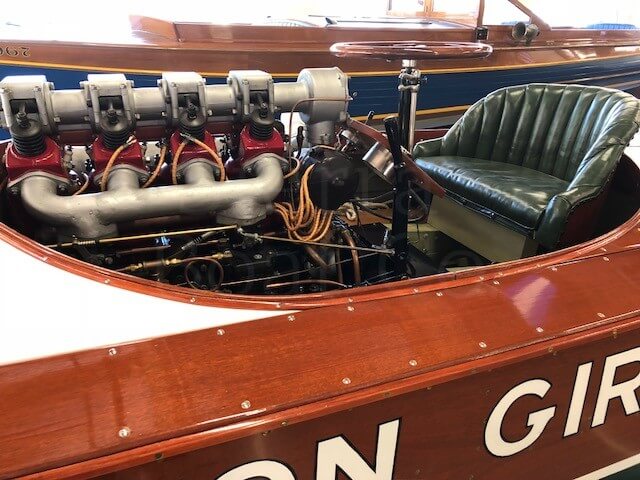 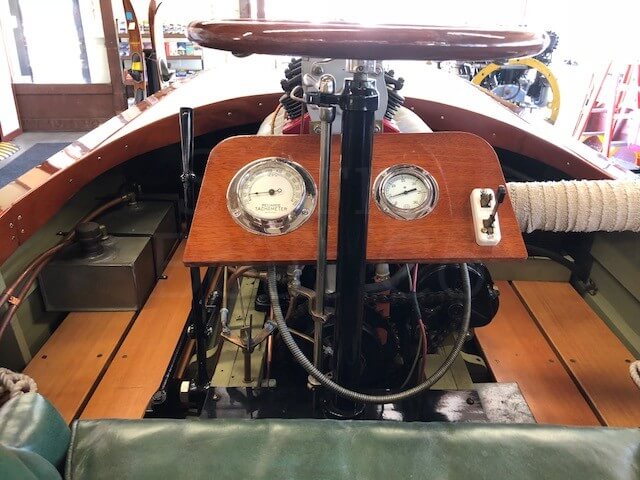 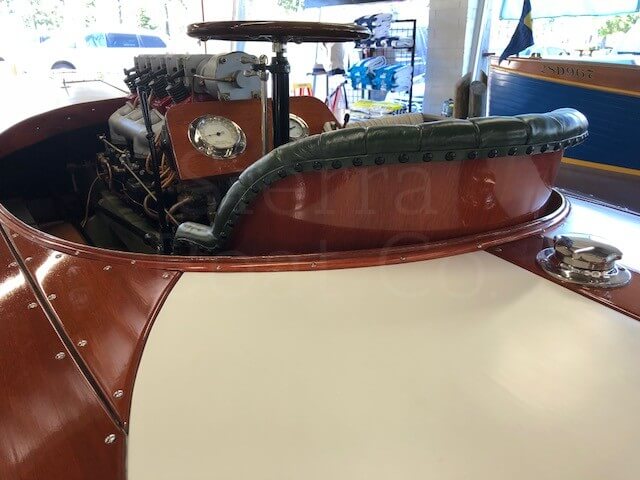 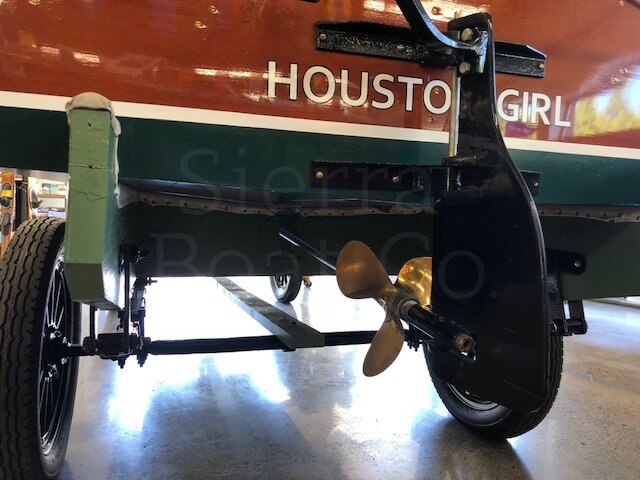 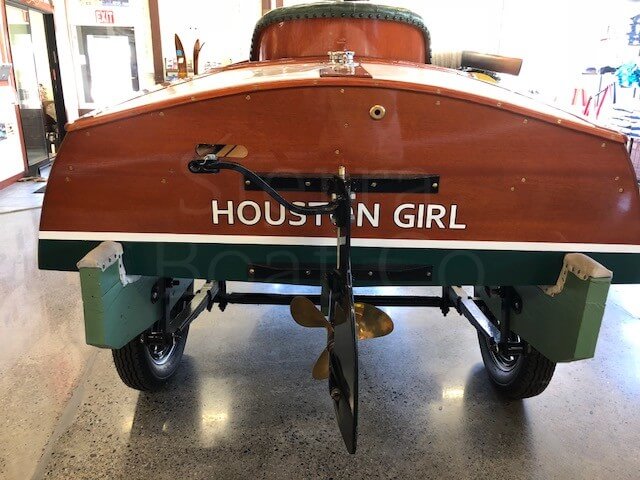 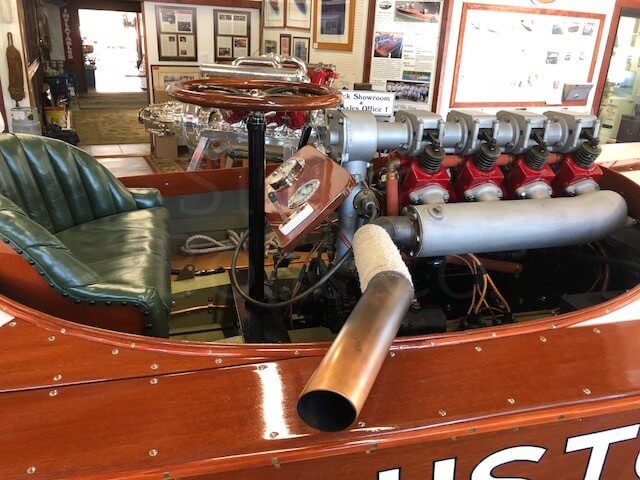 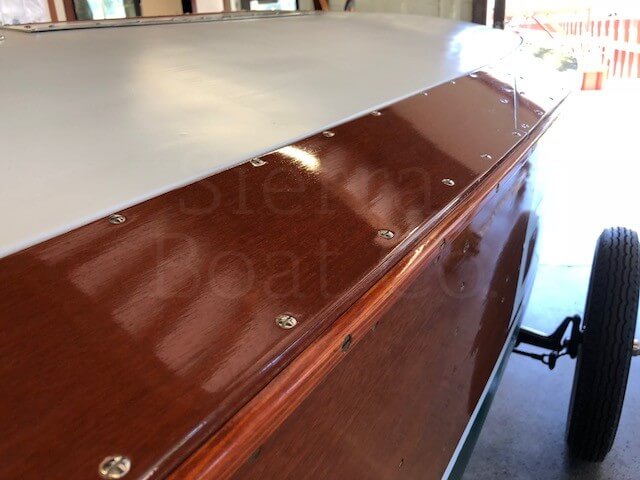 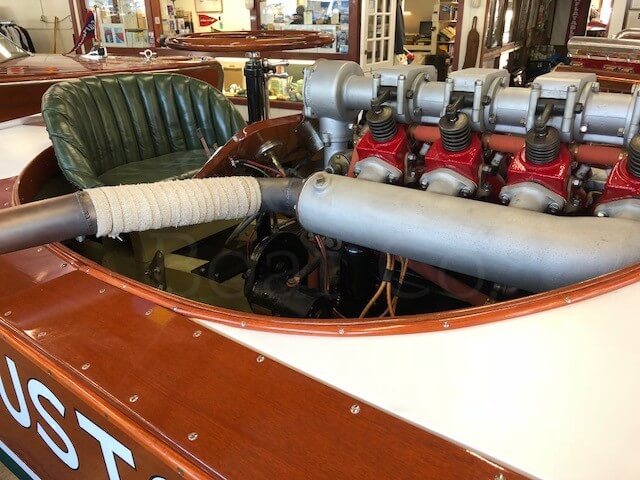 This boat is a John Hacker design which ran in the limited 151 cu.in. displacement class in the late 1920’s and early 1930’s, a support class running with the APBA Gold Cup race series.

Commodore Henry Faulk of the Houston Yacht Club and President of the Mississippi Valley Power Boat Association had her custom built. She was campaigned from Havana, Cuba to San Diego, California.

The Peerless 151 motor was restored by John Allen of Allen’s Marine Engines. John Allen is considered to be one of the top vintage marine engine restorers on the west coast. But not only did John Allen restore the motor for “Houston Girl”, he completed the restoration of the boat and the original vintage trailer too. This Custom Hacker was completed in 2010 in time for the Lake Tahoe Concours d’Elegance in June. “Houston Girl” was awarded the Most Unique Boat of Show and Best Hacker Craft of Show at the prestigious 2010 Lake Tahoe Concours d’Elegance.